Following sanctions from the U.S. over the case of American pastor, Andrew Brunson, Secretary of State Mike Pompeo and Turkish Foreign Minister Mevlut Cavusoglu have agreed on Friday to try to resolve a series of disputes, after relations between the NATO allies sank to their lowest point in decades. 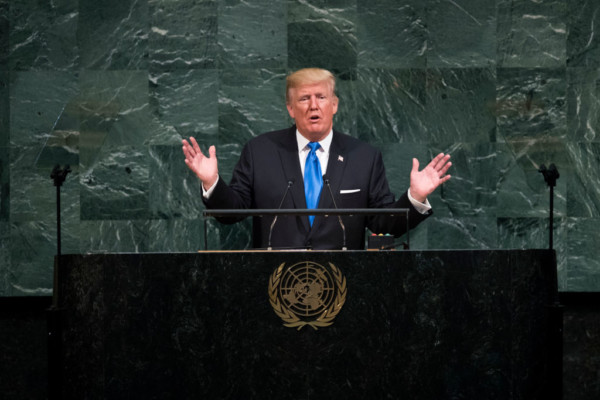 According to Turkish Foreign Minister Mevlut Cavusoglu, he had repeated Turkey’s message that “the threatening language and sanctions does not achieve anything”, but added that he and Pompeo would take steps to resolve their differences when they returned home.

“Of course you can’t expect all issues to be resolved in a single meeting,” he told Turkish television channels. “But we have agreed to work together, closely cooperate and keep the dialogue in the coming period,” he added, describing the talks as very constructive.

State Department spokeswoman Heather Nauert also described their conversation as constructive. “They agreed to continue to try to resolve the issues between our two countries.”

On Wednesday Washington imposed sanctions on Justice Minister Abdulhamit Gul and Interior Minister Suleyman Soylu, accusing them of playing leading roles in organizations responsible for the arrest and detention of Brunson, an evangelical Christian who has lived in Turkey for more than two decades.

Turkey vowed to retaliate ‘without delay’ but since then the tone of comments from Ankara has moderated and so far it has taken no such step.

Finance minister Berat Albayrak, who is President Tayyip Erdogan’s son-in-law, also said relations with the United States would never break down, despite the temporary escalation.

Speaking to reporters, Pompeo said theUnited States had put Turkey on notice “that the clock had run and it was time for Pastor Brunson to be returned”.

“I hope they’ll see this for what it is, a demonstration that we’re very serious,” he said of the sanctions. “We consider this one of the many issues that we have with the Turks.”

“Brunson needs to come home. As do all the Americans being held by the Turkish government. Pretty straightforward. They’ve been holding these folks for a long time. These are innocent people. We are going to work to see if we can find a way forward; I am hopeful that we can.”

Brunson is accused of helping supporters of Fethullah Gulen, a U.S.-based cleric who Turkish authorities say masterminded the coup attempt in which 250 people were killed. He was also charged with supporting outlawed Kurdish PKK militants. Gulen denies the allegations. Turkey has been trying to have Gulen extradited from the United States for two years.

Mr Brunson has however denied all charges of espionage. Brunson was in a Turkish prison for 21 months until he was transferred to house arrest last week. On Tuesday…
[6:46 PM, 8/3/2018] Kyarla: Movie Alert! Ben Affleck & Matt Damon Collaborate On McDonald’s Monopoly Fraud Movie.

Hollywood actors, Ben Affleck and Matt Damon are re-teaming on a movie set about a real-life crime story. The duo who won an Oscar for Best Original Screenplay for their work on 1997’s Good Will Hunting, will collaborate on a film adaptation of Jeff Maysh’s recently published article on The Daily Beast entitled How an Ex-Cop Rigged McDonald’s Monopoly Game and Stole Millions.

Affleck is said to direct while Damon will star in it.

The story starts with the arrest of a former police officer in 2001 in connection with a scheme to fix a popular Monopoly game at fast-food giant McDonald’s by trading winning pieces of the puzzle to members of the public in exchange for a cut of their prize money.

The former police officer who worked at the company where the pieces were printed, allegedly stole $24 million (£18.4 million) through the scam. The scheme began as early as 1995, with seven other people arrested across the U.S. by Federal Bureau of Investigation (FBI) investigators at the time.

Paul Wernick and Rhett Reese, writers of the movie Deadpool will also work on the script of this movie while Affleck will produce. David Klawans will serve as executive producer.

The rights of the film was won by Fox bosses after an heated bidding war with executives from Universal Studios, Warner Bros. and Netflix.

Affleck directed Gone Baby Gone, Live by Night and the triple Oscar-winning Argo and is attached to make crime-drama Witness for the Prosecution, based on a short story by Agatha Christie. He is also set to reprise his role as Bruce Wayne / Batman in Justice League Part Two and appear in a sequel to 2016’s The Accountant.