A Room on the Garden Side was written by Ernest Hemingway in 1956 with setting in the author’s beloved Ritz hotel in Paris, is set to be published for the first time.

A Room on the Garden is a story that takes place in Paris’s Ritz hotel and is narrated by a character called Robert, who shares the author’s own nickname, Papa. Robert and his entourage of soldiers, who are all due to leave the city the next day, drink, quote Baudelaire and debate “the dirty trade of war”. 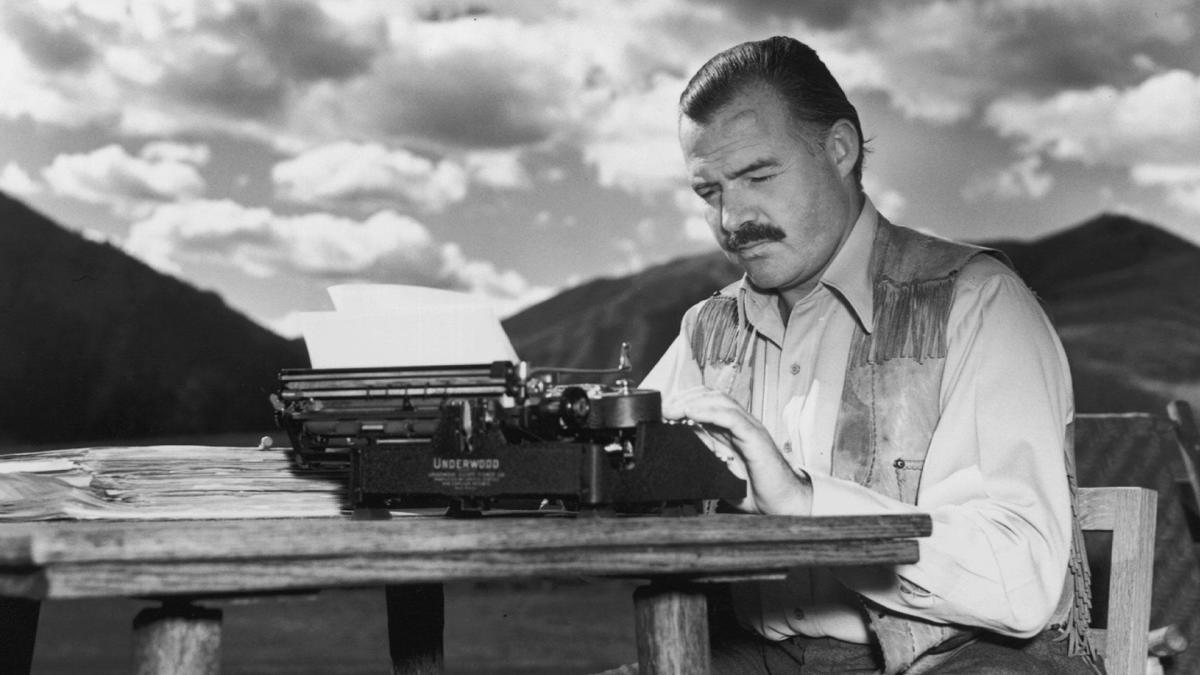 “I did it to save the lives of people who had not hired out to fight. There was that and the fact that I had learned to know and love an infantry division and wished to serve it in any useful way I could … I also loved France and Spain next to my own country. I loved other countries too but the debt was paid and I thought that the account was closed, not knowing the accounts are never closed,” the narrator explains.

Hemingway was particularly fond of Paris Ritz hotel which also featured in The Sun Also Rises. Back in 1944 after the German occupying forces fled Paris, Hemingway – a war correspondent then – arrived at the hotel in a Jeep with a group of soldiers and announced to the staff that he was there to liberate them – but was informed that the German dignitaries who had been occupying the building had already left. Hemingway then commandeered the bar and ordered champagne for everyone.

“When I dream of afterlife in heaven, the action always takes place in the Paris Ritz,” Hemingway would later say.

After six decades of being penned down, A Room on the Garden Side is set to be published in he summer edition of the Strand magazine, a literary quarterly that has previously published obscure works by the likes of Raymond Chandler, John Steinbeck and HG Wells. Alongside other Hemingway papers, A Room on the Garden Side has been housed in the Library of Congress and the John F Kennedy library in Massachusetts.

Introducing the story in an editorial note, Strand managing editor, Andrew F Gulli wrote, “Hemingway’s deep love for his favourite city as it is just emerging from Nazi occupation is on full display, as are the hallmarks of his prose.”

Kirk Curnutt, a board member of the Hemingway Society, wrote in an afterword that “the story contains all the trademark elements readers love in Hemingway”.

“Steeped in talk of Marcel Proust, Victor Hugo, and Alexandre Dumas, and featuring a long excerpt in French from Charles Baudelaire’s Les Fleurs du Mal, the story implicitly wonders whether the heritage of Parisian culture can recover from the dark taint of fascism,” Curnutt wrote.

Hemingway’s Muse for a long time was war. The American novelist during WW1 worked as an ambulance driver, drawing upon his experiences in A Farewell to Arms. The Spanish civil war inspired For Whom the Bell Tolls. He was both soldier and correspondent during the second world war, reporting on Paris’s liberation from Nazi occupation in August 1944 for Collier’s magazine.

Some of his works were left unpublished after he took his own life in 1961. His memoir of life in Paris in the 1920s, A Moveable Feast, was published in 1964, three years after his death. Novels Islands in the Stream and The Garden of Eden were published in 1970 and 1986 respectively, and his non-fiction account of bullfighting The Dangerous Summer came out in 1985.

During the last decade of his life, Hemingway wrote many other short stories set during the second world war. In August 1956, he told his publisher Charles Scribner Jr that he had completed five: A Room on the Garden Side, Black Ass at the Cross Roads, Indian Country and the White Army, The Monument, and The Bubble Reputation. Until now, only Black Ass at the Cross Roads had been published.

In a letter to Scribner dated August 1956, Hemingway wrote, “I suppose [the stories] are a little shocking since they deal with irregular troops and combat and with people who actually kill people.
“Anyway, you can always publish them after I’m dead.”

SARAKI ASKED TO RESIGN AFTER DEFECTING FROM ...