Popular actor and filmmaker, Saidi Balogun and the Ooni of Ife, Adeyeye Enitan Ogunwusi, have made plans to partner with the Brazilian government in shooting a movie to promote the Yoruba culture.

The decision was recently taken when the Ooni and Saheed Balogun paid a grand visit to Brazil. 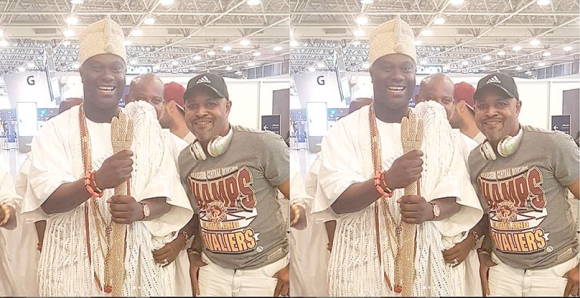 In a chat with Potpourri, the versatile actor said he was shocked to see that Brazilians had embraced the Yoruba culture, traditions and religion.

“I travelled with the Ooni to Brazil to do some cultural things for African people over there, especially the Yorubas. It’s like our father going there to unite them and bring them back to the roots.

“We have about 400 deities in Yoruba land and 200 in Ife. In Brazil they worship Sango and some other gods; they even sing Yoruba songs. They sang the songs for us when we got there. I’m the first actor and movie producer to travel out with the Ooni”,.

He added, “The Ooni took me there so we could look for ways to beautify our culture; so that both countries can work together. Movie makers there appreciate our culture. I was surprised to see how they love and embrace our culture. So we are trying to work together with the government to produce a movie in that regard”.