Governor Ayo Fayose has been issued a 14-day ultimatum by workers in Ekiti state to pay all salaries and pensions of retirees.

The workers, under Ekiti state organised labour union, insisted that all arrears of workers’ and entitlements owed by Fayose’s administration must be cleared before a new government resumes office on October 16. 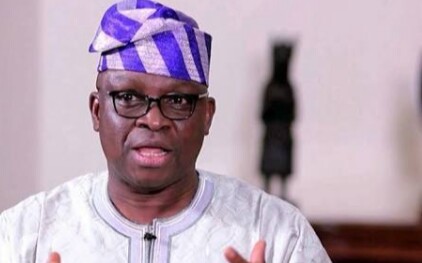 The labour union in a bulletin issued on Saturday, July 21, also demanded for payment of over seven months deductions, payment of nine month arrears to local government workers and primary school teachers.

The bulletin issued by the workers read: “Workers in the public service of Ekiti State have been suffering over the years with nobody to rescue them in relation to payment of salaries, pensions and other benefits. “The import of this is that the condition of service of an average worker in Ekiti is deplorable or poor despite the huge funds allocated to Ekiti State from the Federation Account between 2014 to date. “In view of the present development in the state occasioned by the result of the governorship election, it has become necessary to assess the implication on welfare of workers vis-à-vis the arrears of unpaid salaries. In order to avoid a situation whereby the incoming government may wish to foot drag on the payment of the arrears of salaries on the premise that the organized labour was inept to the payment of same by the outgoing government thus amounting to a huge financial burden on the new government. The state government is hereby given a 14-day ultimatum to meet these demands.”

Sunmbo Adeoye reveals she has had ...