Former finance Minister under the Obansanjo and Jonathan adminstration, Ngozi Okonjo Iweala has joined the board of Twitter.

He said: “We’re adding (@NOIweala) and (@authorzoellick) to the Twitter board. Welcome! Sadly, we’re also saying farewell to our friend Marjorie (@marjscar). She’s been an amazing advocate for journalists everywhere, and pushed us constantly to better inform people. Thank you M.”

“We get critiques about how active board members look on Twitter. Lots of ways to use the service effectively. Some folks use it only to see whats happening. On us to make it valuable to join the conversation. But we also benefit from folks new to Twitter: fresh perspective.” 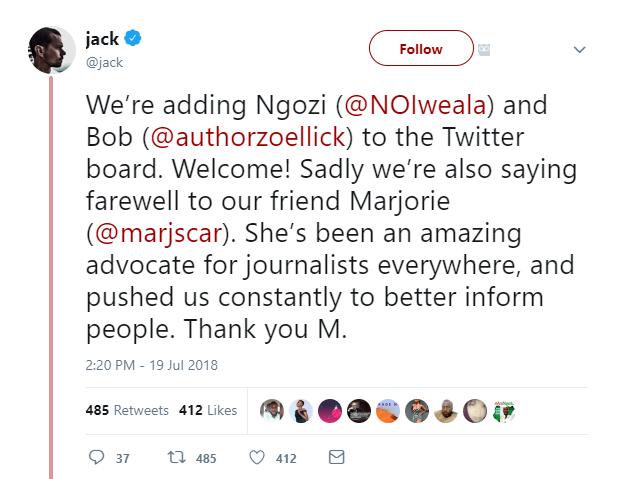