Will Smith and Family Kick Off Vacation, Shares Family Photo. 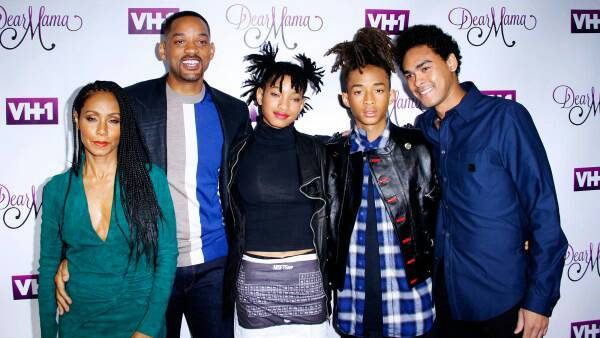 The Smith family are heading out for their much-needed vacation and they kicked it off with a beautiful family photo.

Will Smith, shared a photo on his Instagram on Monday with the caption:
“Just finished shooting @GeminiManMovie for 5 Months… Knocked Out the #WorldCup… Family Vacation Begins TODAY!”

The photo features the couple surrounded by their children, Jaden, 20, and Willow, 17, as well as the Bad Boys actor’s 25-year-old son from his first marriage, Trey Smith.

Although, the destination for their vacation is unknown, daughter, Willow shared two scenic shots to Instagram Story on Tuesday, July 17, that showed cliffs and the ocean.

Pinkett Smith’s publicist, Karynne Tencer — who was also featured in the family photo — reposted the selfie on her own Instagram page, writing, “Loving the Amalfi Coast with the family” with two heart emojis.

The Fresh Prince of Bel-Air has spent much of the year abroad. He perform during the closing ceremony of the World Cup in Moscow, Russia, and also participated in the viral #InMyFeelings challenge while in Budapest— and won!

The internet sensation, set to Drake’s “In My Feelings” song, showed celebrities dancing to the shiggy — and Smith won by a landslide thanks to completing his attempt on a bridge. He was praised by fellow A-list stars like Justin Timberlake and Drake for his bold and unique take on the challenge.

Smith is currently recording his new music and he revealed his new song, “The Mountaintop” in a recent appearance on TIDAL’s Rap Radar podcast. According to him, the song represents where he is currently at in life.
“The idea is … I’ve been to the top of money, I’ve had all the sex that I’ve ever wanted, I’ve had all of the adoration,” he explained. “I’ve been to the top of all those material world mountains and nothing makes you happier other than being useful to others. That’s it. That’s the only thing that ever will satisfy that thing, is that what you’re doing is useful.”

He also spoke about his marriage on the podcast. “We don’t even say we’re married anymore. We refer to ourselves as life partners, where you get into that space where you realize you are literally with somebody for the rest of your life.”

The Smith’s got married in December 1997.