Instagram model, Katarina Zarutskie was on holiday in the Bahamas when she was bitten and almost drowned by a shark after decided to take a photograph in the pool filled a group of nurse sharks.

She saw and took an opportunity for a photograph after seeing people swimming nearby the sharks. Her boyfriend’s father was the designated photographer and he snapped on as she was bitten by a sharp and pulled under.

Speaking to Buzzfeed. she said: “I leaned back, and then that shark he came and he bit down on my arm and pulled me under.

“I am lucky to have my hand. It is a testament to how calm I stayed.” 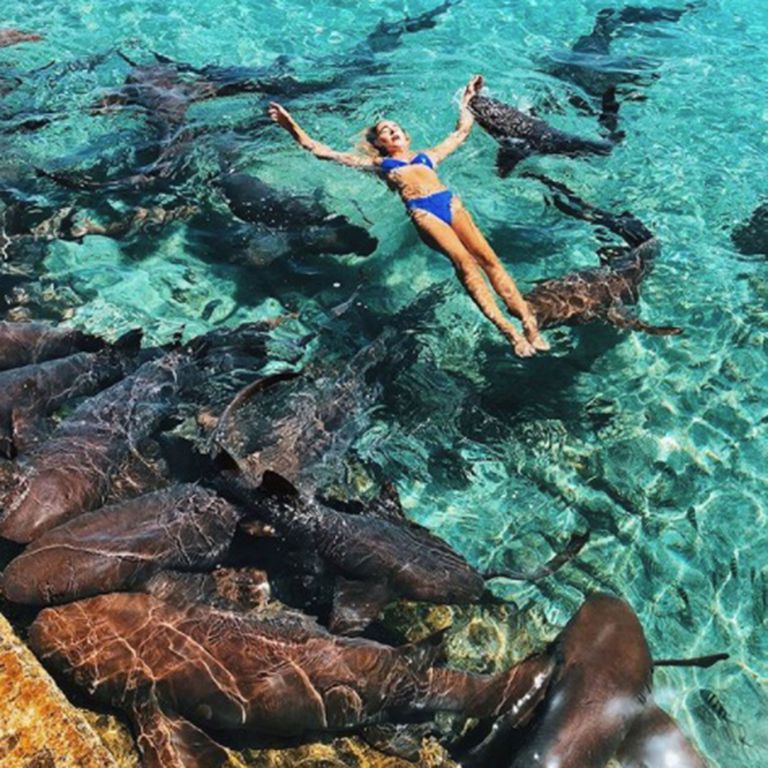 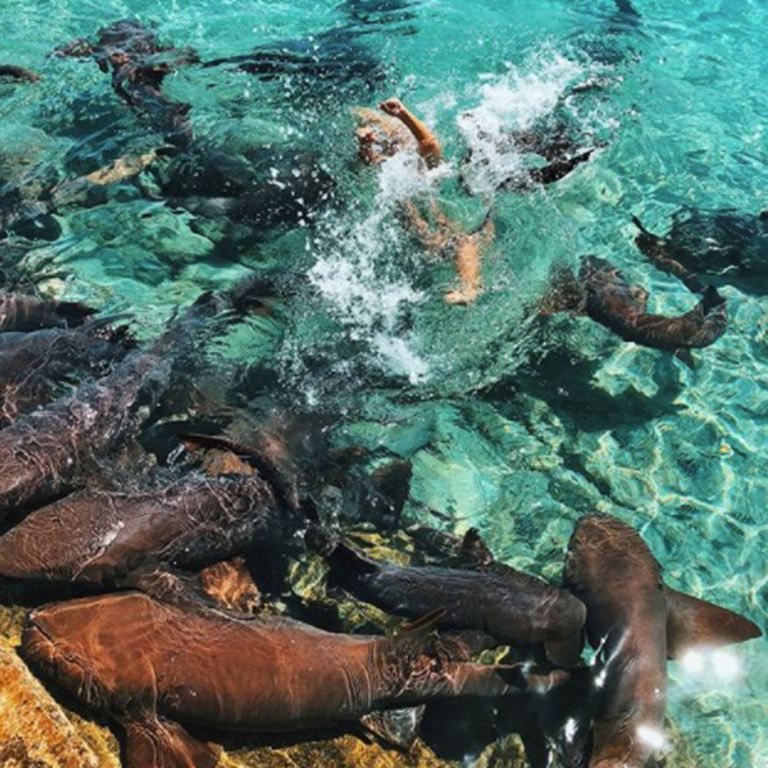 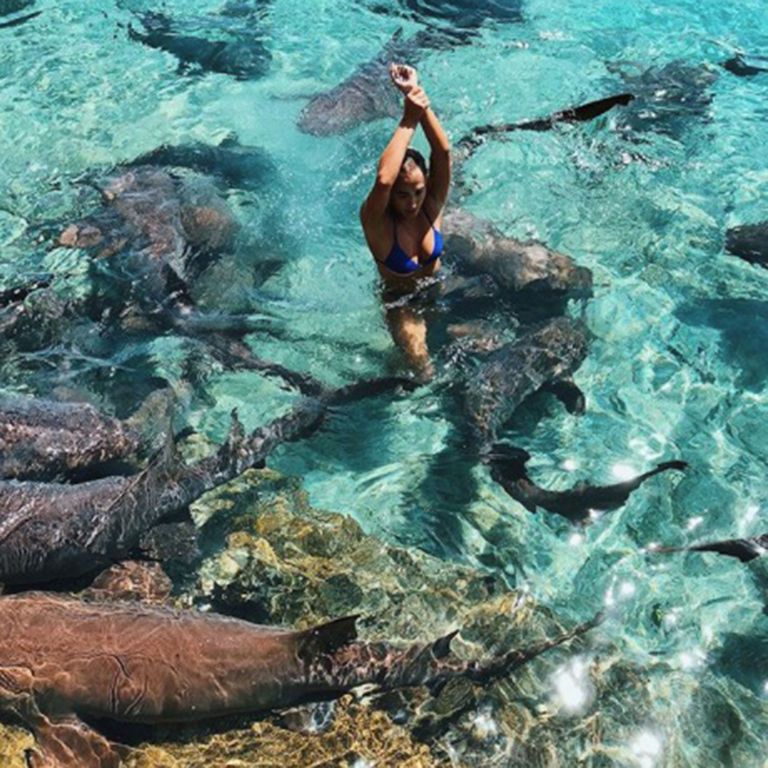 The -popular instagrammer with over 24 million followers on the medium has tagged the experience: “big learning lesson”

Nurse sharks are generally believed to be harmless to humans but that was the case with the Model.

“They are wild animals and it’s an uncontrollable situation,” she said. “I would recommend people to do it but be smart about it. You are in their home.”

On Instagram, she posted the caption: “PSA: Sharks are cute and can nibble at times if not careful.”