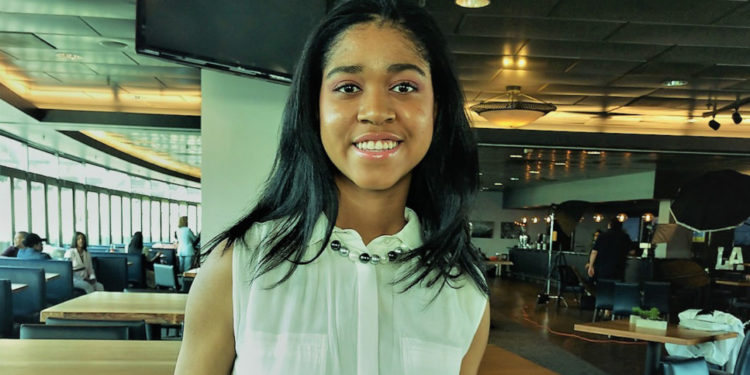 15 year old Nigeria, Zuriel Oduwole has been named among the top 15 emerging Black Women in Hollywood. The new generation of Women, which includes directors, movie funding gatekeepers, prodcers, program executives and writers from big name studios like Paramount, AEG, and City National, were profiled in a new feature in LA Magazine.

Surprisingly, the teenage Producer made the cut and is now one of the new faces in Hollywood to look at for.

The Nigerian made her first movie by the age of 9, and by 12, had four movies under her belt. Her movies have been shown in movie theatres and screened in Nigeria, China, South Africa, and Japan, making her the youngest producer in the world to have her self-produced and self-edited work shown in a commercial movie theatre chain.

Zuriel is a NIgerian American filmmaker known for her work on the advocacy for the education of girls in Africa.

KEMEN FIRES BACK AT BISOLA FOR CALLING ...