Abisola Aiyeola popularly called Bisola, is a Nigerian British born actress, singer, MC and presenter. She is an ex housemate of the Big brother naija 2 show and has just hit 1 million followers on Instagram. She was one time TV host of Billboard Nigeria which aired on silver bird television from 2011-2013.
Bisola became a household name when she participated in the 2008 edition of MTN Project Fame alongside Mavin Act Iyanya. 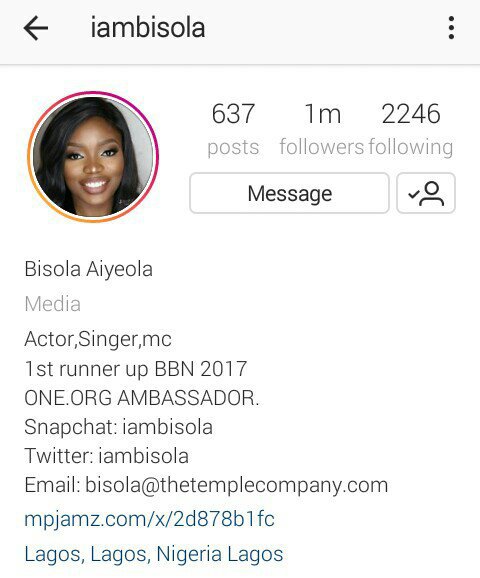 Bisola who is an active user of Instagram is the first ex big brother housemate to ever get 1 million followers. She is always constant, engaging her followers and building her brand.
She became more popular, after participating and emerging the 1st runner up in the Big Brother Naija 2017 TV show.