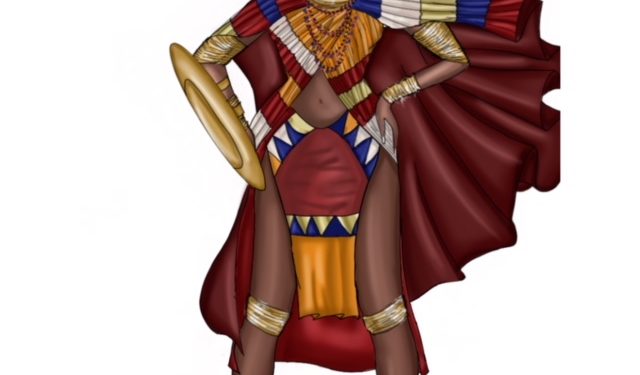 South African actress and L’Oréal, Pumi and Audi brand ambassador, Nomzamo Mbatha, is the current cover star for International Pan-African magazine, Glam Africa. The cover which sees her rocking her signature afro has made many of her followers wonder what a superhero with an afro would look like. 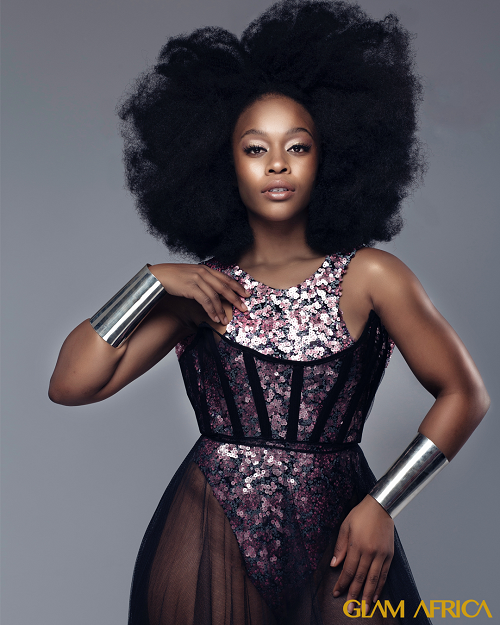 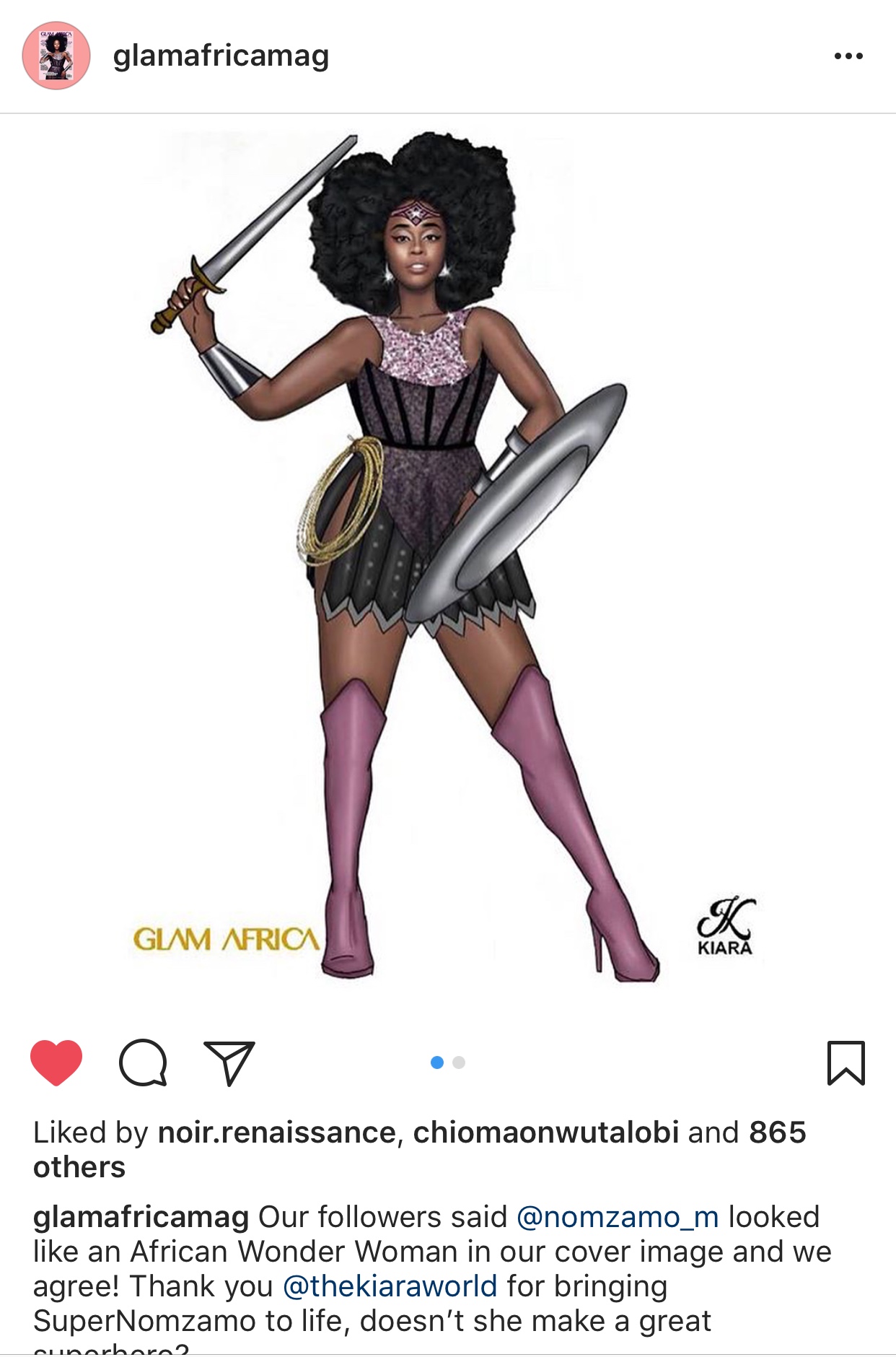 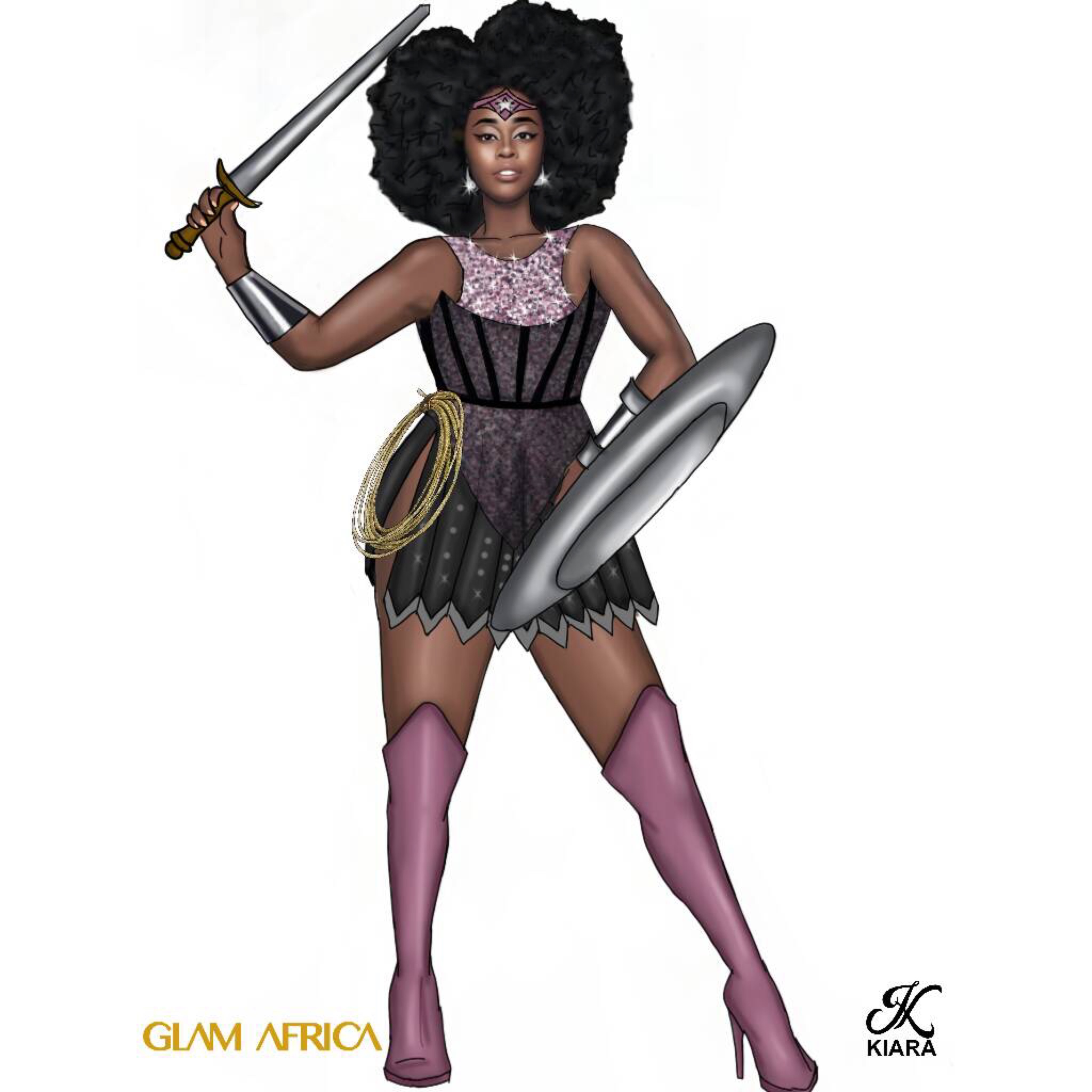 Fashion illustrator, Kiara (@thekiaraworld), has since brought this to life in an illustration that has gained attention on Instagram. In this illustration, Nomzamo is depicted as a beautiful, afro-haired warrior but a superhero nonetheless, and we don’t see why this wouldn’t sell as the lead role in a Blockbuster movie.

Sure, TV shows like Queen Sugar, Being Mary Jane, Scandal, How To Get Away With Murder, and now Grown-ish are doing a great job of showcasing a variation of ‘black girl magic’, and lead black women who differ in shade, occupation, education, and temperament, and they have also done well to reveal the possibilities of a strong black woman, but why does it seem to all stop at that? Why not cast more black/African women as lead super heroes?

The lack of diversity in mainstream superhero films was emphasised at the release of Wonder Woman last year. This film was heavily criticised for the lack of black cast members. Think about why we are comparing Nomzamo to Wonder Woman. Where is her African or black counterpart? Would we not be better off comparing her to Nubia, Wonder Woman’s dark skinned sister who many haven’t heard about.

There are many other female African superheroes in the world of Marvel and D.C. comics that are just not as recognisable as their white counterparts; they are often not leading protagonist but supporting characters. We think of characters such as Storm (Ororo Munroe) from X-Men, Vixen from Suicide Squad (she is also a member of the Justice League) and Misty Knight who works with superheroes such as the X-Men, Spider-Man, Iron Man, and Mr. Fantastic. Black Panther is a good place to start in rectifying the lack of diversity. In its depiction of a fictional African, this film renegotiates the stereotypical representation of “the African” in cinematic experiences.

With the upcoming release of the Black Panther movie, there is the excitement that it will challenge some of the ways Africa and African people are typically depicted in the mainstream media as it suggests themes of Western imperialism, colonialism, and neo-colonialism in Africa; And maybe it will kick off the female African hero trend.

To lend your voice and ask for change, use the hashtag #SuperNomzamo. There’s at least one new superhero movie released each year, so hopefully this hashtag will inspire the much needed change on mainstream TV.