NIGERIAN YOUTHS: SOCIAL MEDIA INFLUENCERS AND THE DEFENSE OF IMPUNITY

There is no doubt that we reside in a country where her youths tolerate impunity with sympathy. Apart from the obvious fact that ours is also a place where money equals success; it is also a place where the misuse of power is better appreciated by the youths even when actions taken are not in conformity with the total subversion of their will and pride. It is possible to enthrone a king, it is not possible to reign for the king. The reign of a king in his palace has reduced the palace to a mere body and not a kingdom in spirit. This is evident by the impunity that has been swaggered into what they tagged as the ‘change governance’ in Nigeria.

‘Terrible’ is the situation at hand, treachery is what Nigerians in some part of the country have been forced to go through, but more terrible is what the youths have done to themselves. When our youths know better, they would do better in things that favor them only. I have come across youths, who took pride in the recent body language of the President Muhammadu Buhari’s led administration on the lingering issue of the massive killing of Nigerians in Benue by the Fulani herdsmen. The Executive Governor of Benue State had made it known that 1, 878 persons have been killed between 2013 to 2016, 750 have been seriously injured, 200 have been missing and 99, 427 households were affected with billions of Naira worth property destroyed.  Over hundred persons had been killed in recent weeks in Benue and to make the situation worse, the killings are been perpetuated in some other parts of the country. 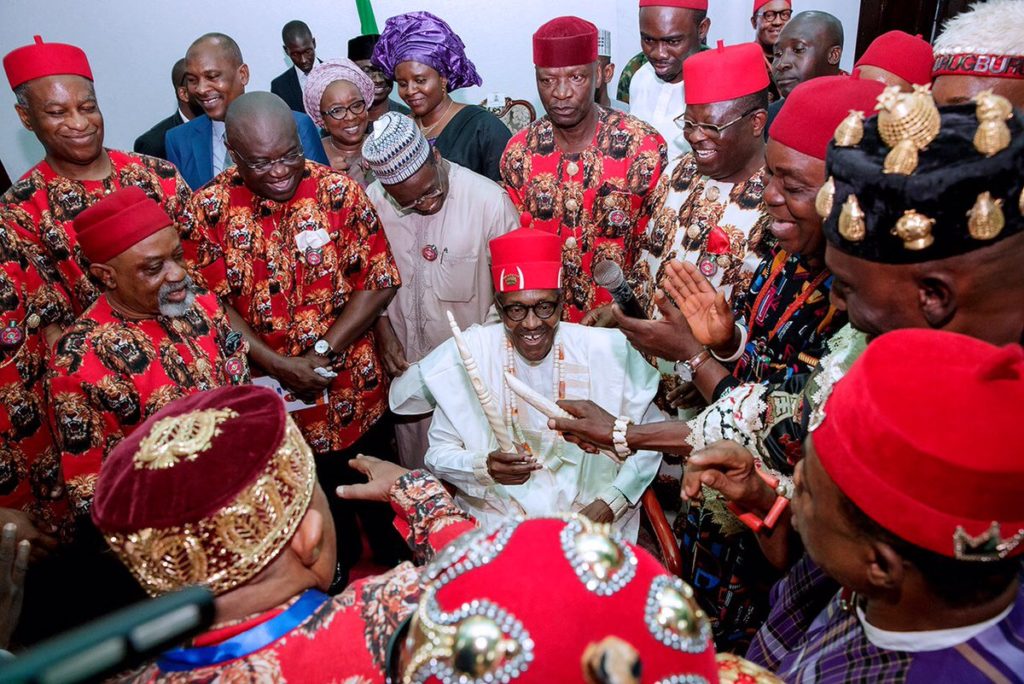 The Miyetti Allah is a new phenomenon in the rise of the ethnic group that has no regards for the law. The killings orchestrated by them are that of herdsmen who are well trained, well paid, well organized and armed men that act as standing army of invasion to wage war on Nigerians. As grievous as this offense is, it seems to be nothing but a mere clash that poses no security threat to Nigerians at large. What a leadership! This is truly a change leadership indeed.

President Muhammadu Buhari has failed woefully to stand up for the defense of Nigerians by not declaring the group a terrorist group nor proscribe same. This act of the President is not only treacherous but cantankerous. The President from a detailed news research had only deem it fit to talk about the menace of the herdsmen as just a mere clash of herdsmen and farmers. At another occasion, the President trivialized his stance by saying that the perpetrators were not Nigerians but armed foreigners from Mali and Libya who have infiltrated the local herdsmen community. To worsen the situation at hand, just barely 48 hours after the mass burial of the 73 Nigerians of the most recent herdsmen attack, the vice president of the group had threatened more bloodshed if the Benue State government do not scrap their Anti-Grazing Law. This is nothing but impunity. A group threatening bloodshed publicly and the government is smiling at such impunity. Well, no doubt the President is a Fulani man. I guess his kinsmen have all the right to kill Nigerians and get away with it. What stops the President in ordering the immediate arrest of the leadership of the group that is threatening the peace and security of our country? Well, our President is Fulani, he also rears cattle.

The activities of the Fulani group has attracted a lot of condemnation by various persons yet the group is been pampered by the government. The implication of this neglect shows a tacit approval of organized killings. The National Assembly had tried by showing great concern. The legislative arm had given a resolution that every State in Nigeria has the right to enact their Anti-Grazing law. This law if enacted would curb excesses of the herdsmen. I am aware that President Buhari had instructed the Inspector General of Police to tactically relocate to Benue and Zamfara State. This step does not guarantee that the evils perpetrated on Nigerians in Benue and other affected States would stop anytime soon. The President would have done more good by declaring the group has a terrorist group which is obvious from their actions.

I know as a matter of fact that it does not cost the government anything to wage full war against the herdsmen. The leadership of this nation is not just bad but excruciatingly bad especially as far as this herdsmen issue is concerned. The most annoying aspect of this is that the youths are not lending their voices to force the government to do the needful. One could barely see the major social media influencers talk about the issue. This is bad. It goes to show that most of the vibrant youths on social media are beneficiaries of the present government and as thus, they prefer to remain silent. They have failed to use their media power to ensure or compel the government to do the needful. I remember vividly that it was the uproar of the Nigerian youths on social media that made the Inspector General of Police make effort in ending the various shed of brutality perpetrated by men of the Special Anti-Robbery Squad (SARS) nationwide. They were lots of condemnation by the youths and this influenced the new restructuring of the police department especially the SARS unit.

It becomes worrisome when some of our youths that claim to be crusaders of change and good governance are keeping quiet. I am forced to believe that it might be because of the fact that SARS officers do embarrass Nigerians irrespective of status that made the so-called influencers of the Nigerian youth constituency to make a demand from the government. They were affected directly by the herdsmen killings which never affected the so-called influencers. They have forgotten so soon that most of the persons killed by the herdsmen in the affected States are youths like them. They have betrayed their existence for gains of governance. I know categorically that the social media influencers can force the President to take the drastic decision on the genocidal acts of the herdsmen. If the so-called influencers can put the government on its toes on issues affecting them directly, why not on issues that affect their constituency. I guess their assignment is only to abuse and trend facts that are meant to unseat leaders of the past which they achieved.

It is time for the social media influencers to embrace the fate of the dark hour and ensure they put the President on his toes as they did to the former President. It is high time they stopped giving the defense to the impunity created by the herdsmen by not advocating against the silence of the President. Funny enough, we know the social media influencers and their individual roles. History would be recorded on their failed attempt to lift their constituency for good.