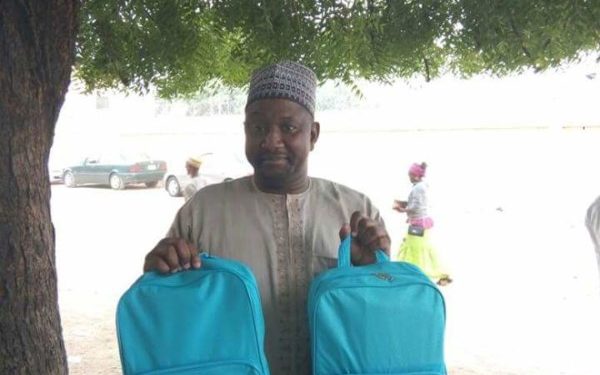 A Twitter user @habuhk4? has revealed that bags donated by UNICEF for the use of internally displaced persons (IDPs) are being sold in markets in Kano State.

@habuhk shared photos of a trader selling the backpacks. He wrote:

@UNICEF tagged Bags for #IDPs being sold in #Kano. Was it also made to be sold or some unpatriotic people made the move? #NotAnotherNigerian

Another Twitter user @aishatoo_too confirmed the news, writing that she too saw the bags for sale in the market. She wrote:

I was so surprised when I saw the bags being sold in the market. Bags that are meant to be given to the needy, are the same ones being sold. Smh.

See the photos below: