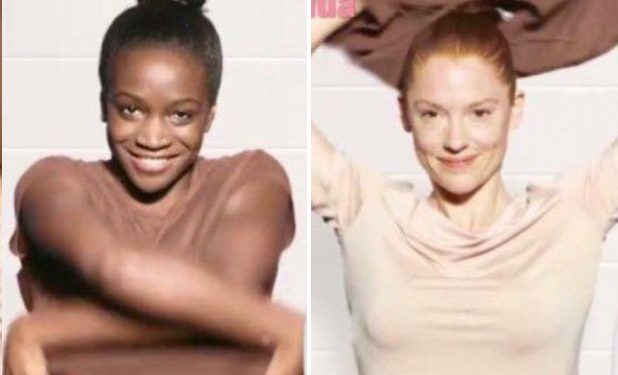 Dove, a brand known for beauty products such as soaps, roll on and so on are currently facing fire and criticism over an ad they recently released which appeared racist in nature and against dark-skinned women.

The advertisement, apparently for some sort of soap but which has since been deleted, showed a black woman wearing a brown shirt removing her top to reveal a white woman in a lighter top. A third image shows the white woman removing her shirt to show a woman of apparently Asian descent.

On Saturday, Dove, which is owned by Dutch-British transnational consumer goods company Unilever, issued an apology on its Twitter page for the advertisement.

“An image we recently posted on Facebook missed the mark in representing women of color thoughtfully,” the apology read. “We deeply regret the offense it caused.”

On Facebook, Dove posted a similar statement, saying the feedback the company received from the image would help guide their decisions in the future. But the public are still not convinced as Dove was said to have done something similar before.
Dove came under fire for being perceived as racially insensitive in 2011, when they released a controversial ad showing three women standing in front of a wall designated in “before” and “after.” 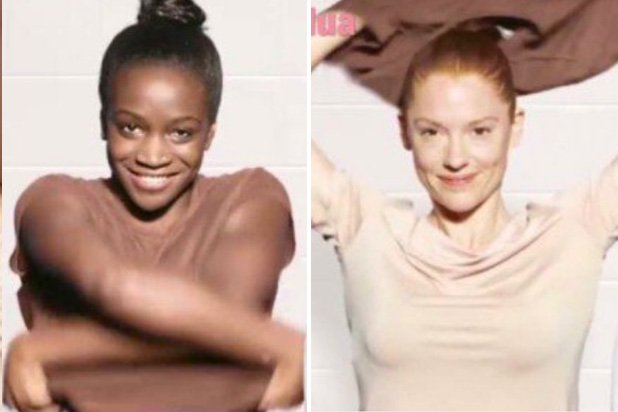 The woman standing in front of the “before” image had dark skin, a woman in between had medium-toned skin and the woman in front of the “after” image was white.
Dove at the time clarified the ad’s intent in a statement from its PR team.

“All three women are intended to demonstrate the ‘after’ product benefit. We do not condone any activity or imagery that intentionally insults any audience,” their statement read.

Bisi Alimi had this to say on Instagram some hours ago, posting the pictures by Dove.

“During #blackhistorymonth @dove released these images. The second one in particular. Next time a black girl says she feels dirty because of her skin, let us remember that it is not just in her head. When next a black person tries bleaching, it is important to know where this is coming from. This systemic and institutional racism is not just a political issue, it is also at the core or branding as well.”