Nigerian superstar Wizkid has revealed that he considers Olamide‘s “Wo” to be the biggest song this year in Nigeria.

The singer who recently made history by being the first Nigerian act to sell out the Royal Albert Hall in London took time out to interact with his fans via his Twitter account yesterday. He tweeted:

After a  fan replied saying that Small Doctor‘s “Penalty” is bigger than “Wo“, Wizkid said: 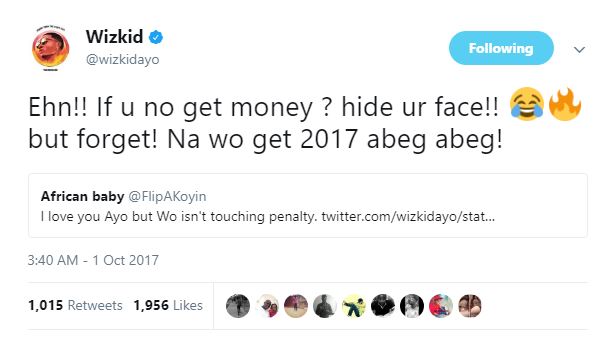 Wizkid then asked Olamide to clear the air on the popular line in the song.