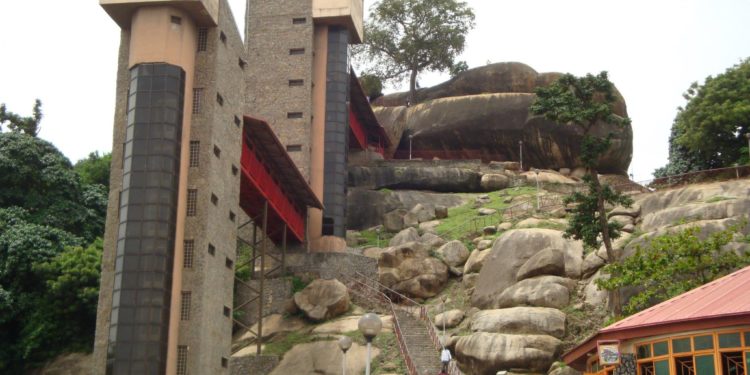 Abeokuta, the state capital of Ogun State in southwest Nigeria, is one of Nigeria’s most industrious cities. It’s a large city which lies below the Olumo Rock and is home to several caves. There are several interesting things about the bustling city and Jumia Travel, the leading online travel agency, shares 4 of them.

This palace is the home of the custodian of the culture and traditions of the Egba people, the Alake of Egba Land. It’s a unique and culturally rich destination that houses many statues, busts and figures that represent the deities, gods and different culturally relevant historical figures.

This is one of the Abeokuta’s most popular attractions and one of Nigeria’s major tourist attractions.  The rock was used as a fortress for the Egba people during intertribal wars in the 19th century. The stairs of the rock are actually man-made and were carved into the rock by the Egba people to enable them climb the rock. On the journey to the top of the rock, you can see sights of carvings in the rock, cowrie-studded statues and the ancient abode of the priestesses who live in huts on the rock. On your back down, the beautiful sight of the Ogun river can be admired.

This resort has a large, beautiful and technical golf course that has hosted a number of national golf tournaments. The resort is a relaxing leisure spot and a safe location with breathtaking scenery and a luscious green landscape. It’s a delightful sight. The resort has a prestigious and highly sought club, the Abeokuta Golf Club, which you would have to be a member of to enjoy the resort’s golfing facilities. The club is one of the most prestigious and highly sought clubs in Abeokuta.