Here are 6 Reasons Why You Shouldn’t Miss ‘Apere’ this Sunday!

The 9th edition of the “Yaw Live on Stage” series tagged #APERE is happening this Sunday May 28 at Eko Hotels Convention Centre and it’s got the whole of Lagos talking. In case you are still not sure if the hype is worth it, here are 6 reasons why you shouldn’t miss out on the biggest comedy show of the year.

Over the years, we have seen Yaw transform from being just a funny OAP and TV actor into a professional comedian and stage play actor. From the first edition of “Yaw Live on Stage” series, there has been a noticeable difference in his flair. His antics and delivery have become funnier and more relatable and you wouldn’t want to miss out on what he has planned out this year.

Sound Sultan in a never-before-seen fashion

The APERE buzz has gone beyond the shores of Nigeria and Sound Sultan’s feature in the stage play has raised some eyebrows but reports have revealed otherwise. It is being said that musician and actor Sound Sultan will bring something exceptional to the APERE experience. Rumour has it that after APERE, he might delve into fulltime acting.

Last year at the 8th edition of the “Yaw Live on Stage” series ‘Shalanga’, we witnessed an unusually long eclectic list of top Nigerian musical acts such as Olamide, Burna Boy, Reminisce, Falz, Korede Bello, Patoranking, Timaya, Adekunle Gold, CDQ, Solid Star, YCEE, Seyi Shay and many others  who delivered exhilarating performances at the show.  The show also witnessed some of the most celebrated A-list comedians grace the stage to throw the audience into gales of laughter.

This year promises to be way better; more music artistes and the top guns of the comedy industry have been lined up to perform and of course you wouldn’t want to miss the highlight of the evening the stage play titled “APERE” featuring Yaw and Sound Sultan.

Another nostalgic journey down memory lane

Ask those who were present for Shalanga, they’ll tell you how much they enjoyed reminiscing on their favorite pastimes. Hilarious clips from cartoon shows like Sesame Street, Fraggle Rock, SuperTed were displayed on a huge screen and they had the audience cheering and reliving old memories.

The APERE experience is not going to be any different this year. Inside sources reveal a lot more throwback videos of shows and TV series from the 80’s and 90’s have been gathered to entertain and prickle guests with feelings of nostalgia. There’s nothing better than a good old fashioned journey through a memory lane.

It’s no news that Nigeria has been going through a tough economic situation for a while now. The environment is even harsher than it was last year when the previous edition of Yaw’s stage play series ‘Shalanga’ was held. However, APERE offers the perfect get-away from the current situation of the country as one of the major themes of the upcoming show is satirical humor, which is not only relatively relatable, but also gives the audience a less embittering view of the country’s current state. 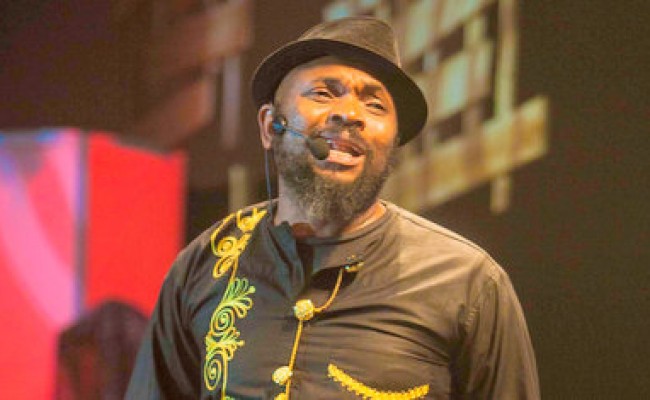 One thing that’s guaranteed fans will witness at APERE is a number of surprise guest appearances and performances by totally unexpected artistes. Shalanga saw some of the rarest performances from artists who were popular in their prime but have remained low in today’s mainstream music, including popular reggae artist Baba Fryo, Danfo Drivers amongst others. APERE won’t be any short of this as inside sources report more singers in this category have been reached to thrill the audience with their rare performance(s).

Fans who grew up in the 80’s & 90’s will definitely enjoy every minute of this rare feat.

With all of these being said; APERE will be another remarkable event in the history of stage play as we know it in Nigeria. Several elements are infused into the upcoming stage play, which will not only serve as an eye-opener on various intricate matters but also serve as an avenue for attendees to introspect, considering the morality of we Nigerians is heavily addressed.