The Kano State police Command, on Tuesday said it had arrested a total of 96 suspected rapists in the state between April and May. The Command’s Police Public Relations Officer (PPRO), DSP Magaji Majiya, said at an press briefing in the state capital. 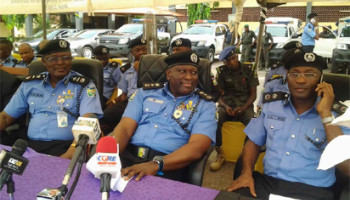 He revealed that 77 of the suspects had been charged  to court, while eight cases were still under investigation. He gave the average age of the suspects to be from 75 to 23.

“It is disheartening to note that from April to date we have recorded 85  incidents  of rape and other  related offences. “A total number of 96 suspects were arrested and 77 cases have already been charged to court for Prosecution”.

Majiya expressed regret that indecency and unnatural offences have been on the increase in the state. He said the Commissioner of Police, Rabiu Yusuf, has made it a priority to ensure that all such cases were thoroughly  investigated and prosecuted. The PPRO assured the public that the police would continue to apprehend all suspects involved in  crimes. He urged parents and guardians to monitor the movement and behaviour of their children, so as to  keep them away from criminal activities.