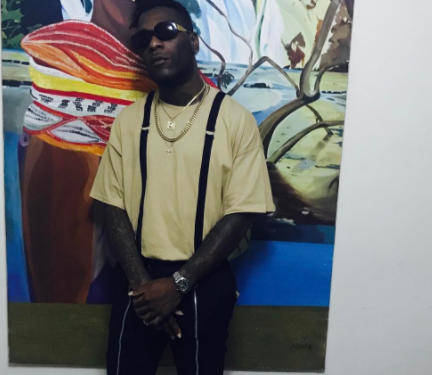 Following the ongoing viral reports, Burna Boy‘s “Outside Tour” in the U.S is scheduled to go on as planned and no court injunction has been served.

Yesterday there were reports that the singer had been “slammed” with an injunction from the New York Supreme Court following a falling out with a Nigerian promoter. However, these reports are false.

In an official press release by the singer’s team, all earlier information concerning the suspension of the tour was branded as “false and misleading” and a move by Burna’s former promoter, Vibesland Enertainment LLC to mislead the public.

Read the official statement below:

Burna Boy fans and the general public are hereby informed that Burna’s current US tour and all upcoming shows are going forward as scheduled and that any website or article  containing information to the contrary is patently false and misleading.

Vibesland Entertainment, LLC, Burna’s former promoter, has initiated a misinformation campaign designed to mislead the public about recent court proceedings in the New York federal and state courts. In a recent press release Vibesland has dishonestly represented that it has received an injunction barring Burna from playing his upcoming shows.

There is no such injunction or court order, and it is a matter of public record that all attempts made by Vibesland to prevent Burna from performing his upcoming Outside Tour shows has been unequivocally rejected by the courts.

On May 5, 2017, the United States District Court for the Eastern District of New York swiftly denied Vibesland’s application for an emergency injunction and dismissed his Complaint for lack of subject matter jurisdiction, but not before the Chief United States District Judge, Dora L. Irizarry went out of her way to condemn the tactics of the vexatious promoter for trying to stop Burna on the eve of his performances.

Vibesland, in an apparent second bite at the apple, sought to enjoin the next three concerts on Burna Boy’s U.S. Outside Tour, this time bringing its claims in the New York Supreme Court in Brooklyn where Vibesland failed, yet again, to disrupt Burna’s tour when Vibesland’s second application for a temporary restraining order was summarily denied.

To date, Burna Boy has successfully defended against two frivolous Temporary Restraining Order applications filed by Vibesland Entertainment, LLC. Burna’s shows scheduled for D.C. on May 19th, Dallas on May 20th, and Chicago on May 21st are proceeding as scheduled.