‘I Can’t Run Out Of Songs Ever’ – Olamide

With his consistent rate of back to back song release, popular rapper, Olamide Adedeji, aka Olamide Badoo, has dismissed the notion he may run out of inspiration for music at some point.

Olamide is among the rare Nigerian singer who has released the highest number of songs (both his and collaborations) in the past four years and whose songs has ended up as some hits. 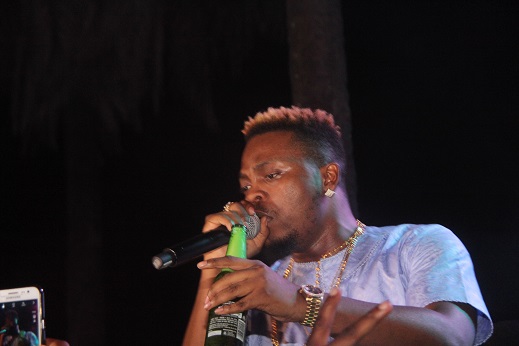 In an exclusive chat with PunchNg, Badoo told ‘doubting Thomas’ that they have nothing to worry about because his spring of inspiration won’t run dry anytime soon.

He said, “Whenever people say things like that, I just laugh. Talent comes from God and if you have it, then you have it. Even as I’m chatting with you, I can get inspiration for a song and I would immediately note it in my mind.

As long as life exists and things happen on earth, I will always have the inspiration to sing. Music is life and life is music. If I were to release all the songs I have ever recorded, they would scatter the whole place. I work in the studio everyday and there are many songs I have recorded that I am yet to release as singles or in albums.”

Jidenna speaks on why he was unable ...

Actress Anita Joseph Too Was A Victim ...