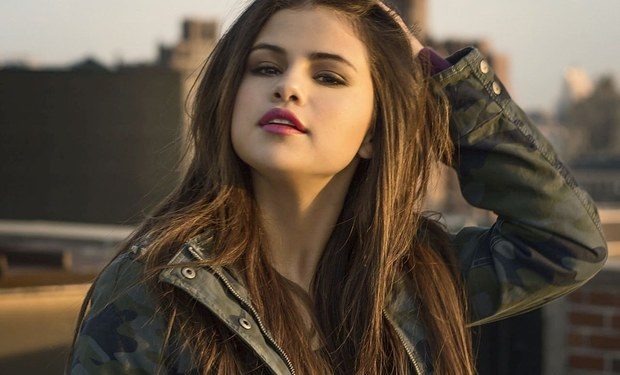 Selena Gomez has ensured she keep a tight hold on her man,The Weeknd,  as her pop star beau joined the adoring crowd at the California music bash on Friday night. 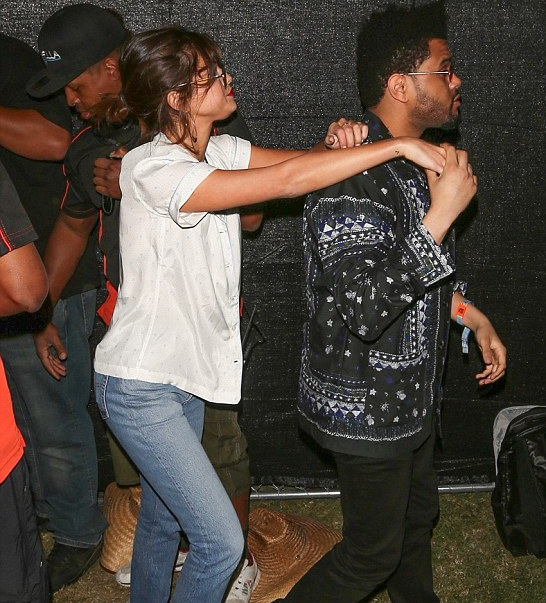 Clinging onto his shoulders as the pair joined the VIP section backstage at Travis Scott’s gig, it was clear nobody could come between the two.

And the feeling was mutual. When excited fans mobbed them, The Weeknd threw his arms around his girlfriend to keep her safe. 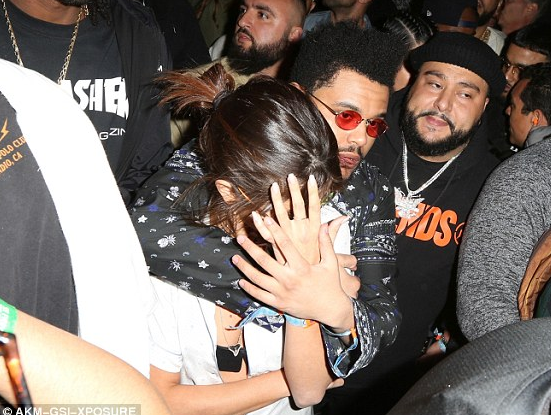 The lovebirds joined the crowds at the festival hours after news leaked that The Weeknd would be performing.

He was added to the all-star line-up along with Sean ‘Diddy’ Combs, French Montana, Rae Sremmurd and Wale.

Selena, 24, and The Weeknd – real name Abel Tesfaye – are said to be inseparable.

A source told E! News: ‘She feels very taken care of when she is with him, and like he will have her back. He’s a little bit older and more mature and she likes that about him.

‘They can relate to each other on so many different levels; what they do for a living, music, being in the public eye. She just loves how he makes her feel on top of the world. He puts her on a pedestal and makes her feel like the most important and special girl in the world. That’s done wonders for her self-esteem and value. She has a confidence when she is with him and it’s been good for her.’