DJ Khaled’s Son, Asahd On The Set Of ‘Pitch Perfect 3’ 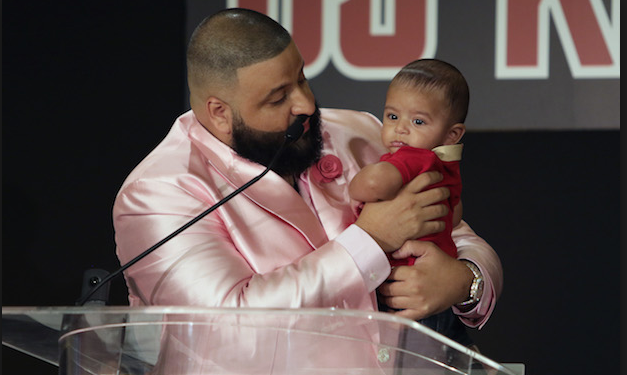 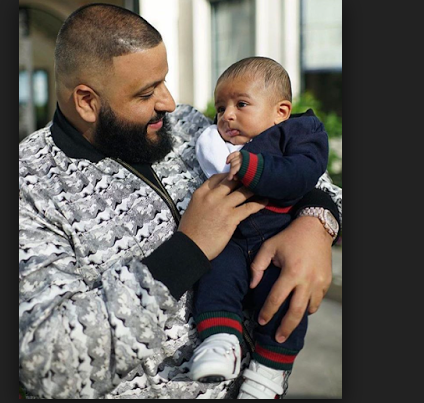 American record producer DJ Khaled and son, Asahd are on the set of ‘Pitch Perfect 3‘.

Despite being criticized by many people for over stressing his 4 months old son. The producer isnt paying no attention to this critics.

The producer took to his Instagram page to share photos of himself and son on the movie set. In one of the photos, he wrote, ‘Breaking news #ASAHD ON SET Wit a MAJOR ROLE IN THE MOVIE ? #pitchperfect3 GOD IS THE GREATEST!?? @pitchperfectmovie’ 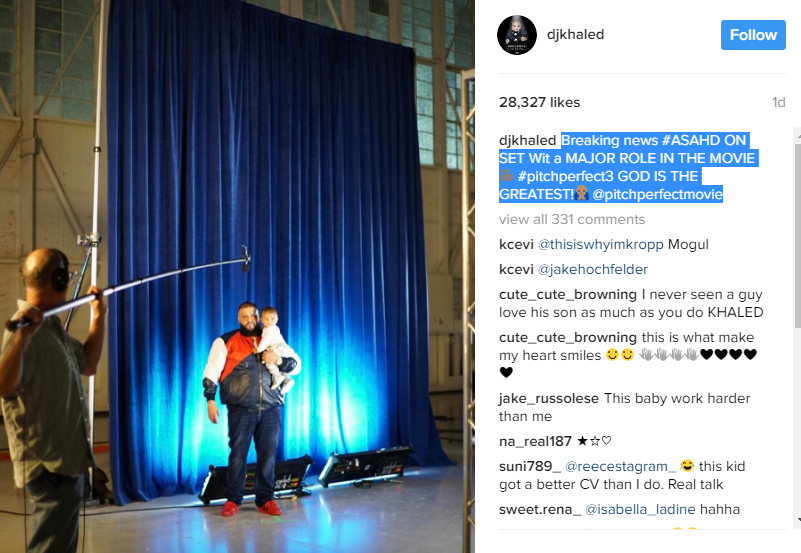 Captioning one of the photos