The fifth edition of Nigerian Entertainment Conference, NECLive, will hold in Lagos on Wednesday April 26, 2017, according to an announcement by the organisers today.

NECLive, the umbrella conference for the entertainment sector in Nigeria has featured many musicians over the years: 2face Idibia has been a speaker, Davido has recorded a track live on stage, Banky W has delivered a critically-acclaimed paper, Dbanj has given a presentation and performed, while many others – from Falz to Tiwa Savage, Darey, M.I, Lagbaja, eLDee, and Dr. SID – have made remarkable contributions to lead panels over the years.

According to information revealed today, the trio of Adewale Ayuba, Sir Shina Peters, and Daddy Showkey have been confirmed to lead musicians of different generations to this year’s conference holding at Landmark Events Centre, in Lagos, on Wednesday April 26, 2017. 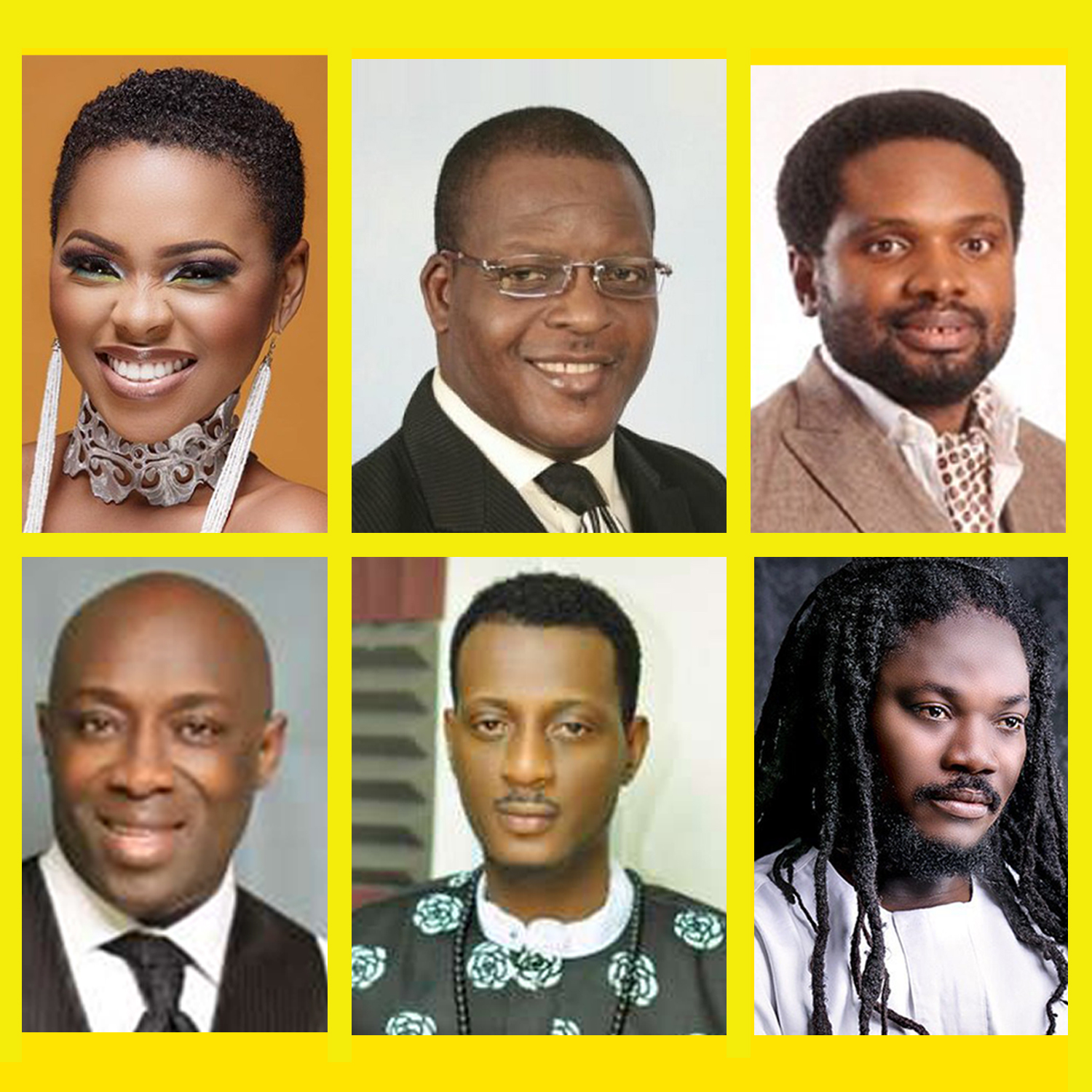 All three music icons will make their debut at the conference, to join other participants in discussing the past, present and future of Nigerian music and how Africa, indeed, can use the opportunity the recent interest in Nigerian sound presents.

Raised in Ajegunle, a notorious Lagos ghetto, Daddy Showkey fought poverty and misdemeanour to emerge a national music star, and inspiration to millions of young people across the country. Starting off as a boxer and acrobat, after he had enjoyed brief fame as a kid star, featuring in FESTAC 77, Showkey formed different groups with neighbourhood friends, before settling for a solo career in 1995. His deep, screaming dancehall voice, his acrobatic dance routines and ghetto stories soon won him millions of fans everywhere, changing his life for good and focusing the nation’s attention on talents from hitherto ignored areas. Showkey now devotes his time mentoring ghettos kids, supporting upcoming musicians, and encouraging successful Nigerians to share their stories and hold the ladder for otherwise hopeless kids.

Shina Peters, a multi-instrumentalist, singer, bandleader and performer, took Juju music from Ebenezer Obey and King Sunny Ade, and gave it a complete overhaul, introducing what he termed ‘Afro Juju’. Using unusually fast tempo, excess percussion, electric drums, and new languages, he sold an art form hitherto reserved for the mature and the old, to younger audiences; he lured young boys and girls to a genre that was mostly patronized by older men only.

Sir Shina Peters built his entire career on doing new things. From being a band member with Prince Adekunle, to being the musician while Segun Adewale sang, in their band ‘Sir Shina Adewale, SSP worked his way up rising to new challenges and happening to do what was deemed impossible.

Many years after he’s talked about his platinum records, big money hits, career setbacks, industry politics, and many more in his music and interviews, he will now take the stage atNECLive on April 26, 2017, to share his story with the world, in what will be first-of-its-kind for a musician in his category.

Ayuba and Shina Peters released their career-defining albums around the same time, in 1989. While Shina’s ‘Ace’ took over homes and parties, Ayuba was grabbing everyone’s attention with a new twist to Fuji music, called ‘Bonsue. It was KWAM 1, the former Ayinde Barrister band boy that began leading the genre to new audiences in the early 80s. But Ayuba, good-looking, soft-spoken, yet philosophical and bold, that recruited a new kind of elite to the music: the working class young men and women usually reluctant to identify with a music form that came from the streets.

All three musicians created new markets for their genres, opened new opportunities, and built brands that have stood the test of time, in spite of many documented set backs. How did they do it? What lessons are inherent? And now that the world is opening up to our music and musicians again, what do we need to learn from them?

The theme for this year’s conference is ‘It’s Time for Africa’.

In 2016, Nollywood movies surpassed Hollywood and Bollywood in cinema earnings and the share of customer voice, in Nigeria. Nigerian music finally went global, riding on the back of our peculiar pop music, and nomadic musicians. The world’s attention has understandably shifted to Africa with funders, labels, producers, and awards looking to play within the region. Nigeria is at the fore of this new wave, but places like Kenya, South Africa, Tanzania and Ghana are equally well positioned.

Has the time come for Africa to provide entertainment for the major percentage of the world’s 7 billion people? They say we tell a different kind of story in Africa; we have a rare, peculiar sound. And they’re buying it from America to London and Singapore. Back home, the booming youth populations are also more interested in local content like never before. From Iroko to Mavin and Africa Magic, the numbers show audiences on the continent are increasingly embracing our creativity; millions are choosing their own local entertainment over the imported.

But the diverse entertainment industries are still struggling. The structure to rip the dividend of the boom continues to lie comatose. From weak government policies to unsustainable business models, it appears we have plenty work to do, if we are to benefit from what’s coming in significant ways. It could indeed be time for Africa. But what does this mean for the industry players? What do we need to know? To do? And how can we make sure we do not collectively miss this opportunity?

NECLive will be hosted by Tee A, for the fifth year running.