Nigeria’s multi award winning actor and movie director, Kunle Afolayan has added a new ambassadorial deal to his impressive accolades as he landed his second deal this year.

He was unveiled the new ambassador for Peugeot in Abuja. Having earlier became the first Nigerian ambassador for French airline, Air France earlier in the year, broke the news to his fans on his Instagram page.

The October 1 director was officially signed on as the brand’s ambassador during the unveiling ceremony of the new Peugeot 508 at the NAF Conference Center and Suites, Ahmadu Bello Way. The car, which was fully assembled in Nigeria, will also be featured as one of the vehicles in Kunle Afolayan’s upcoming film, The C.E.O which he just finished filming worldwide in October.

Kunle was also given a key to his own Peugeot 508 by the MD of Pan Nigeria, Mr Ibrahim Boyi. 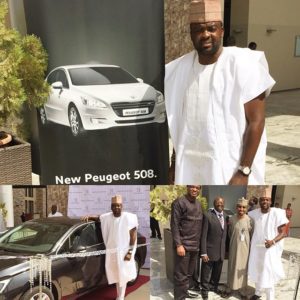 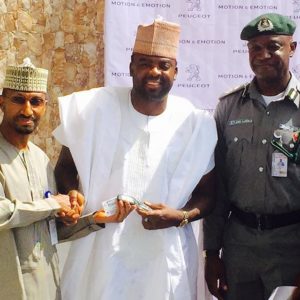