Hip-Hop producer Abraham Orellana (aka AraabMUZIK) was shot Wednesday evening apparently during an attempted robbery. The associate of Cam’Ron’s Dipset crew is currently recovering in the hospital according to the musician’s manager DukeDaGod.

A photo of AraabMUZIK in a hospital bed surrounded by friends was posted on DukeDaGod’s Instagram with the caption, “Everyone wish my brother @araabmuzik a healthy & pleasant recovery!!!! #Mvpofthempc #Soblessed.”

Araab’s publicist issued a statement to Billboard stating that he was a “victim of being in the wrong place at the wrong time” and is “currently alive and well.” Police are investigating the incident. 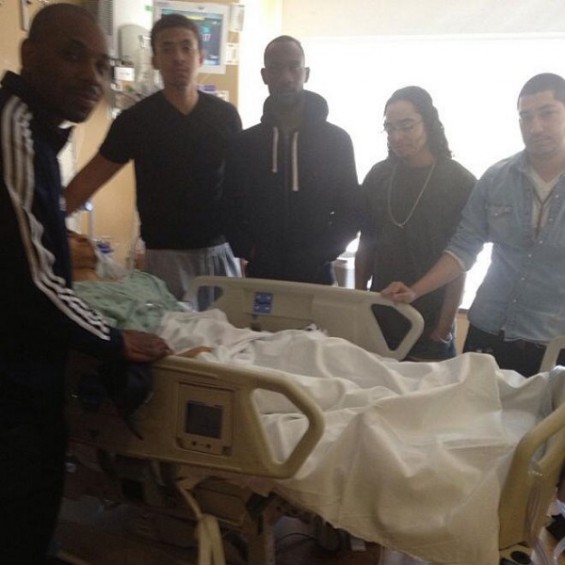 Araab is most well-known for his crafting of drum patterns using an MPC. The Providence, Rhode Island native began playing drums at the age of three, and producing tracks at 10. He currently has a series of videos on YouTube displaying his talents with the drum machine.