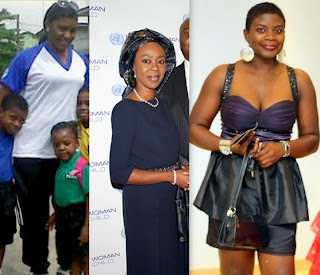 In support of Peace One Day’s Global Truce 2012 ‘Reducing Domestic Violence‘ Campaign and in celebration of Peace Day taking place on the 21st of September, the Wellbeing Foundation Africa is creating awareness of the human and emotional cost of domestic violence by launching a short Eliminate Domestic Violence documentary which voices the experiences of gender-based violence victims.

Given that over 50% of Nigerian women are abused by their husbands, this video represents a call for the complete eradication of gender-based violence and a milestone in the campaign to amplify public awareness of domestic violence and empower victims to voice their experiences without reproach.

During the March 21st 2012 press launch of the Global Truce 2012 Campaign, the Wellbeing Foundation Africa Founder-President H.E Mrs. Toyin Saraki addressed both the problem of gender-based violence and
its potential solutions. In keeping with its pledge to mobilize networks in support of Peace One Day’s Global Truce 2012, the Wellbeing Foundation Africa has implemented various initiatives including the Peace Summit in Ilorin which promoted harmony, tolerance and conflict resolution through dialogue; the Walk Against Rape in Lagos which encouraged rape victims to speak out; and the Peace Prayer Outreach in Kwara State which enriched the lives of those in need and advocated for understanding between religions.

These efforts all served to promote peace, non-violence and solidarity within Nigeria and more importantly advanced the vision of Peace One Day.