Waconzy 2.0: Launches his Android App and Check out His New Look 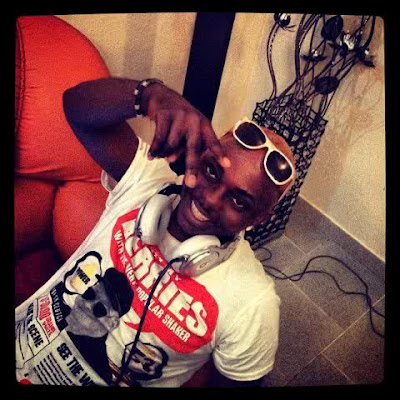 Waconzy don upgrade… Following the successful release of Waconzy singles – Jangolova featuring Banky W and the most recent 'Club on fire', The singer upgraded his looks, rebranding it what he calls 'Waconzy 2.0?. He cut off his dreadlooks and has not turned it blonde. Taking to Twitter, he said: “I decided to take on a new look so as to compliment the Waconzy 2.0 (rebranding) project also to keep up with my new status as the CEO of DV8 MEDIA”.

In other news, to collaborate reports of his new collaboration with revered American singer – Truth Hurts. Truth Hurts has worked with the likes of Rakim on the track 'Addictivve' and R Kelly ( The Truth). Here are pictures from the session for 'Club on fire' remix. 'Club on fire' is off the MBG (money back guarantee) album.

During the course of a month, he toured 11 European countries including Malaysia, Seirra Leone. More countries to follow. Also, the business savvy music makers partnered with Google to launch an andriod application known as 'Waconzy'. This application works on all android based cell phones and devices .

With the waconzy application, users can download latest waconzy multimedia free of charge and get push notifications from waconzy himself. This is another first from the supadupa brother “waconzy”. Download from google play or android market on your androd device. alternative Link: rvrb.fm/ML9o4L