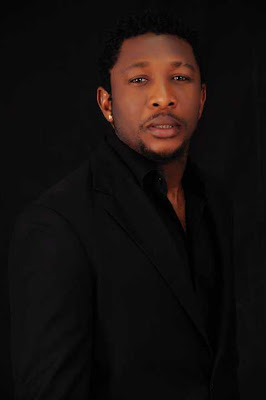 A statement released by Tchidi's publicist:

Our attention has been drawn to a malicious report by a softsell magazine and selected blogs about our client, Tchidi Chikere on the state of his marriage and the reasons behind his decision to walk away from the nine-year union. In the said report, the soft sell publication claimed Tchidi has impregnated an actress, is currently living with the said actress and also planning to tie the knot with her by the end of the year.

The report is at best laughable and absolutely untrue. So that truth will not be turned on its head and silence taken as admission of guilt, we wish to make the following points clear:

1.      Nobody is pregnant for our client. We couldn't fathom that reporters who delight in fabricating falsehood in the name of gossip would go through this ridiculous and laughable route. Pregnancy is not something that can be hidden, and according to our findings, the said actress is presently on location with actor, Nkem Owoh in Enugu. Those who care to know the truth and are not interested in propaganda can go find out the true state of her 'pregnancy.' This is one accusation, given time, would prove true or false.

2.      Tchidi Chikere is not getting married to anyone anytime soon. We cannot comprehend where the fabricating machine got such lies from, and the December date is just around the corner, so let's wait and see.

3.      For those who care to know, Tchidi is not living with anyone – actress, actor or colleague.

He has worked the marriage for the past nine years and has exhausted all means of peaceful co-existence with his wife. All thanks to Sophia. The decision to end the marriage has nothing to do with any woman and Sophia knows this herself. Otherwise she wouldn't have made promises to friends and family members to turn a new leaf.

No matter the falsehood published after this, our client will not be joining issues with anyone or those who have chosen to pursue personal vendetta on the pages of newspaper.