According to reports today via People on Twitter, The Beat Fm (99.9 fm) in Keffi Street, Obalende today (January 11th) was vandalized by thugs in guise of protesters.  We asked Toolz  who is an OAP at the Station about the story via DM and she replied , “Yeah, some hoodlums acting up broke some things outside n tried to come in, but police dispersed them”. As at this report, we don’t know the situation over there. 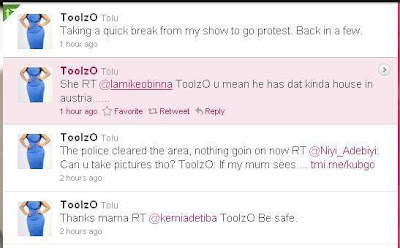