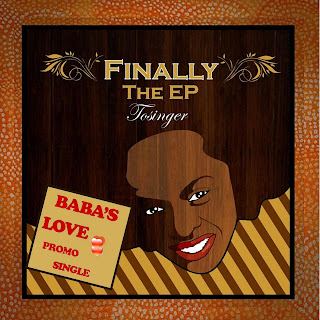 Tosinger breaks her musical silence and comes out with a debut EP of 6 tracks tagged ‘Finally’ which launches officially in January 2012. She releases a new single from the EP ~ ‘Baba’s Love’, an Afro-rhythm inspirational gospel song, a perfect musical reflection of God’s love for the Christmas season.

Tosinger is an inspirational Afrosoul singer/songwriter who has been active on the music/entertainment scene
as an indie artist promoter/manager and a writer, she sings at events and concerts and has now decided to take it a step further and share her music with the world.

‘Finally~ the EP’ will be released early January of 2012 and will be available on CdBaby, iTunes and Amazon
‘Baba’s love’ is written by Tosinger, remixed by Abel of Krystal Studios, original production by VSax Music.

Music: ADUKE – Made in Lagos