PINK Pearl Foundation continued its campaign to create awareness and enlighten the nation about Breast Cancer; after feeding over three thousand women and riding bicycles between two States in commemoration of the 25th World Breast Cancer Awareness Month, it was time for another spectacular event, the ‘Ball Out’.

The day was 22nd October and the venue was Squash Club, Asaba. The wives of members of the Executive Council and the wives of members of the Legislative Council of Delta State slugged it out in a football match in support of the Breast Cancer Awareness Campaign.
It was a rainy day but that didn’t deter the women from giving guests a day to remember whilst emphasizing the purpose of the event. 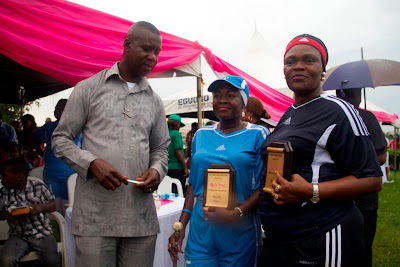 After a brief speech by the Founder of the Foundation, Orode Jade Okpu, the mood was set and the match kicked off at 4 p.m. The women came on with plenty of zeal and passion and gave their all, thrilling everyone with their performance on the field. At half-time, the foundation’s Doctor took spectators on a session to enlighten them about the disease and those interested were taken to the screening room to be checked and examined. Over 40 women signed up to be screened and 3 were had lumps in their breast. 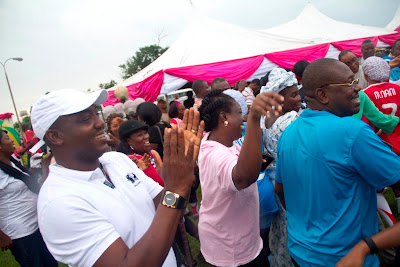 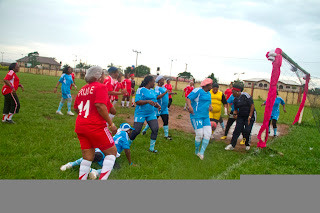 The match continued with lots of moments worthy of remembrance. With a two all score board, after such a pleasant display by the women, who were now tired but satisfied that they had supported a good cause. They were soon refreshed and joined in the rest of the activities outlined for that day. 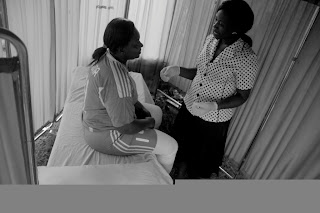 The First Lady of Delta State, Mrs. Sheila Roli Uduaghan, was available amidst celebrations to give remarks about the day’s event, she said, “It’s been a wonderful experience and this novelty match shows the unity and love between Delta women and their concern for things that will improve their health and those of their families.”

Barka De Sallah to all the Muslim ...