The Official Statement from Adewunmi of Beat 99.9 FM 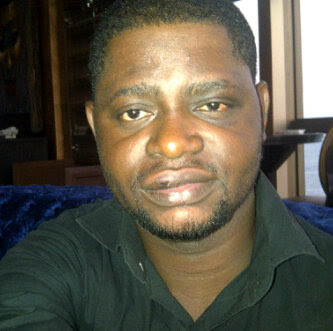 Adewunmi Oyekanmi who was earlier reported to have been battered by Beat fm, Director of programmes Olisa Adibua releases Official statement. The abridged version is below:
My Official Statement
My name is Adewunmi Oyekanmi, news editor with the Beat 99.9 Fm.
An incident occurred at my work place within the early hours of the 8th of Sep 2011 between myself and another member of staff which has been blown out of proportion in the media.
I have been wrongfully quoted in various blogs and magazines, but this will be my first official statement and the last, so please disregard anything you might have seen, heard or read.
The incident in question has been dealt with to my satisfaction by the Management of Megalectrics, operators of The Beat 99.9 Fm, in a swift and conclusive manner.
The member of staff (Mr Olisa Adibua) with whom I had the altercation with, has duly apologized most sincerely and I have accepted, based on the fact that since I started working at the station, my relationship with the said party has always been cordial and friendly.

In reference to a purported conversation between myself and an undercover reporter, I’d like to state categorically that I have never had a phone conversation or granted any interview to any media or reporter.
What transpired was an internal matter which was leaked into the public domain to create division within our corporate entity. I refuse to be used as a pawn or be labelled ‘the voiceless or oppressed’.
Megalectrics, the operators of the beat 99.9fm employed me in the capacity of news editor in July 2010, and ever since I have had no cause to complain about the working environment, my colleagues or superiors.
We operate an open system where everyone is free to speak their minds, regardless of rank of hierarchy.
Once again, I’d like to reiterate that the matter has been resolved and the member of staff has apologized for the altercation we had.
In conclusion, I would like this issue to be extinguished so I can get back to my normal every day life, as the recent publications and rumors circulating have put a strain on my family and private life.
I would like to thank the management and staff of Megalectrics for the swift and decisive response to the matter. I would also like to thank everyone who showed concern. I’d like to reassure you that I am okay and in good health as is confirmed by my attached photo.
These are my final words on the subject.
Thank you very much and God bless.