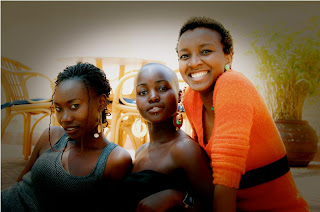 Lagos, Nigeria:  MTV Networks Africa, The Staying Alive Foundation, PEPFAR and the Partnership for an HIV-Free Generation HFG) are to renew their ongoing partnership to produce the second
series of hard-hitting sex-and-relationships, HIV and AIDS drama, Shuga, in Kenya. The initiative, funded extensively by the U.S. Government through PEPFAR, will work closely with the Government of
Kenya to ensure the programme fits within Kenya’s existing HIVn prevention strategy.
Shuga series two, subtitled “Love, Sex, Money”, and associated digital, events and marketing activity will be supported by HFG Global and HFG’s Kenya office through their brand,  .  The new series will be
expanded from three to six episodes and develop the complex emotional storylines first explored in Shuga.   Principle photography for the series goes into production in Nairobi in August 2011 and will premier
on Valentine’s Day 2012 (14 February) and broadcast around. Shuga: Love, Sex,Money will be directed by South African director Teboho Mahlatsi and produced by award-winning South African production
house, The Bomb Shelter. The predominantly Kenyan cast for Shuga: Love, Sex, Money will be
announced in July 2011.  The series will introduce new characters and storylines while additionally endeavouring to motivate and realize specific changes in sexual behaviours.  Among the issues likely to be
explored in Shuga: Love, Sex, Money are HIV testing, stigma, condom use, gender inequity and the role of multiple concurrent partnerships in driving the HIV epidemic.
First aired in Kenya in November 2009 on MTV Base (DStv Channel 322) and terrestrial stations Citizen TV, KTN, NTV and KBC Channel One, Shuga reached viewers in 48 countries in sub-Saharan Africa and more than 70 TV stations worldwide.  It continues to be widely viewed in countries such as Zambia, South Africa and Jamaica, among others, together with a facilitator’s guide for peer educators to engage young
people in open discussions and to motivate behaviour change.
The global success of Shuga as a vehicle for HIV and AIDS messaging for youth consumption was undeniable. In May 2010, Shuga won a prestigious Gold award at the World Media Festival in Hamburg, Germany in the “Public Relations: Health” category, for its vivid and
uncompromising focus on love, emotions and sexual behaviour amongst Kenyan youth.

“Shuga had a profound impact on the attitudes of Kenyan youth,” commented Lydia Murimi, Country Director, HFG Kenya. “Research conducted by Johns Hopkins University/Centre for Communications
Programs reported increased intentions for HIV testing, decreased intentions for multiple sex partners, improved attitudes towards people living with HIV and AIDS and increased usage of accessible
health and social services among the youth. We hope to be able to replicate that with the sequel as well as introduce new elements that will emerge from our youth studies.”

Georgia Arnold, Senior Vice President, Executive Director, Staying Alive Foundation commented, “Shuga showed the world that drama and health messages can work together to effect genuine attitudinal
change. Shuga: Love, Sex, Money will build on this foundation to generate real behavioural change in sexual health while also entertaining and engaging youth audiences.” Alex Okosi, Senior Vice President & Managing Director, MTV Networks Africa said: “We have been overwhelmed by the positive reception that
Shuga has received in Africa and around the world.  This has been an incredible award-wining campaign for us that has proven to be changing young people’s attitudes towards HIV and AIDS. We are excited about
the opportunity to continue the series with the objective of reaching more and more people.”
The first series of Shuga was filmed in Kenya in August-September 2009.  Starring a young cast of upcoming Kenyan actors and actresses, Shuga told a bitter-sweet tale of love, loss, sex, heartbreak and
relationships, set in the clubs, bars, campuses and hangouts of contemporary Nairobi. With a raw and uncut view on the lives of sexually active young Kenyans, Shuga spot lit the risks associated
with unprotected sex and the party-hard lifestyles of urban Kenyan youth, told through the interlinked tales of characters Ayira (Lupita\ Nyongo), Ty (Pepe Haze), Felix (Tumisho Masha), Violet (Sharon Olago),
Skola (David Omwange), Sindi (Valerie Kimani), Leo (Nicholas Mutuma),
Kennedy (Antony Mwangi) and Virginia (Eva Kanyang’onda).
For more information about Shuga: Love, Sex, Money log onto
http://www.mtvshuga.com/ or               http://www.g-pange.com/. 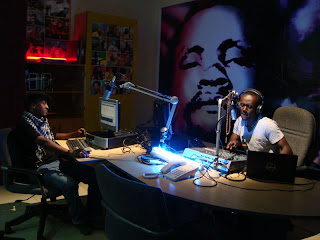 2FACE, WIZKID, MO’CHEDDAH AND OTHERS TEAM UP ...