Who Wins Between Davido And Lagos Big Boy, Ray Hushpuppi

Ray Hushpuppi known for his display of wealth and affluence took to his Snapchat page to share a photo of his bill for the night.

He accompanied the bill with the caption:

“I am speaking on behalf of my honorable self and classic baggie and self paid, if them born anybody well, or ‘UNA CREW’ make unannounced come out tonight, make we use am do champions league final in this lagos tonight!!! Bottles will be flying from the beginning. Hennesy don enter body and tonight is the night to let you all know i didnt go and count bridges in Malaysia for 4 years. If your net worth is a hundred million and below, stay at home tonight or come as a fan or a looker.

Note to Shina Peller :- No credit sale tonight, no selling to anyone based on personality or past glory. Our own bank open today and our token dey on standby and network good, no story, no ‘i dey come’, no ‘baba u no sari me ni’. ITS CHAMPIONSHIP NYT. There’s difference between omg baba olowo and baba olowo…”

Maenwhile the DMW’s boss has replied him just as he’s wanted by taken to the same social media to declare that he spent 130 million naira in December only.

He shared the following as evidence on his Snapchat page: 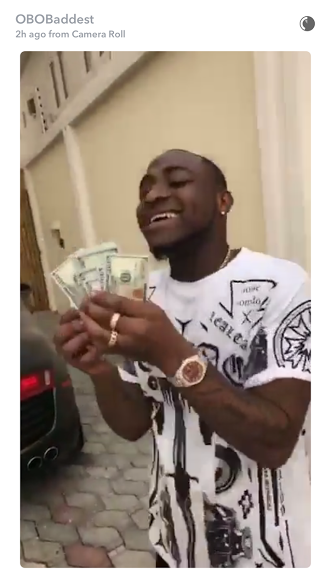 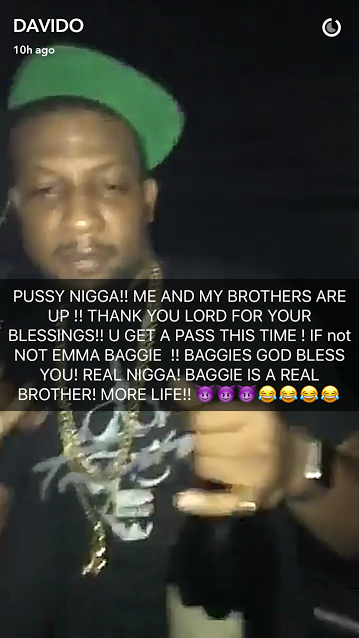 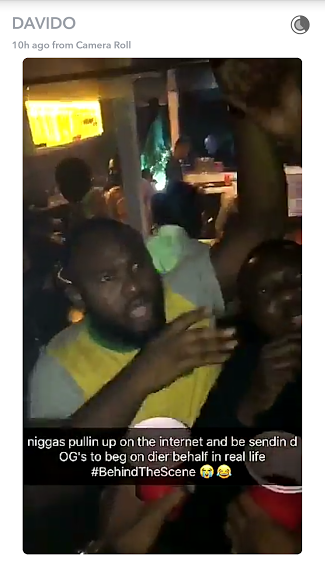 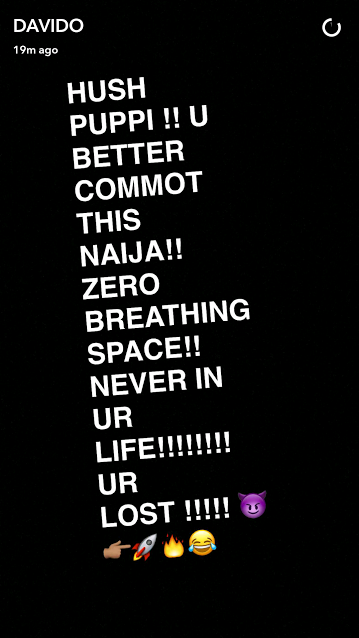 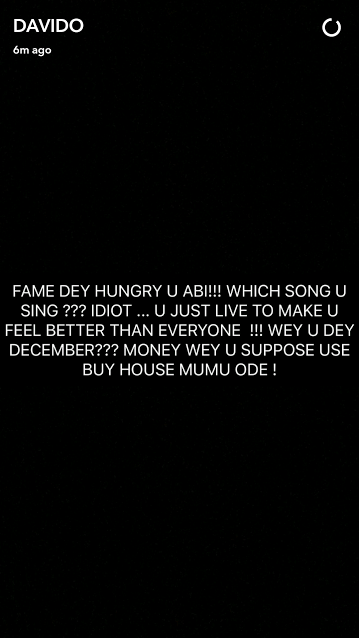