Nollywood actress, Tonto Dikeh has been busy handling feedback about her failed marriages to Olakunle Churchill much recently, with the latest being comments on social media accusing her of being ungrateful to her husband after collecting so many gifts from him.

The mother of one said her ex-husband is many things you can think of, but not gay.

Tonto had earlier today revealed how she tolerated all pains and Sexually Transmitted Diseases while married to her ex-husband, Olakunle Churchhill.

She has also revealed that all the items posted on her Instagram page @tontolet, including the lexus 570 jeep and jewelries, purportedly bought by her husband were all false.

The reaction latest reaction came after a fan called her out for shaming her husband despite expensive gifts received from him.

Tonto said she used her platform as a popular star to lie about the gifts to make her ex-husband, Churchill, the man he is today.

“Because I posted stuffs saying my ex-husband bought for me does not make it true.

“I have not started talking I will bear it all but there is time for everything.

“I care now for the STDS because I’m no longer naïve, I’m a mother who wants to live long for her child

“I am not a saint and cheating isn’t the only reason I took the forever walk.”

The light-skinned actress further said she is too blessed to ask fans to have pity on her.

In reply to a fan’s comment, she said, “Love, I am not looking to be pitied, too blessed for that.

“I’m just strong enough to teach other women that no marriage Is worth dying for.”

The fan @debbyjelly_ wrote: “Tonto not needed no one will pity you, they all cheat.

“A man has cheated on his wife because of you too.

“So why tell the world what they are used to settle and be peaceful. 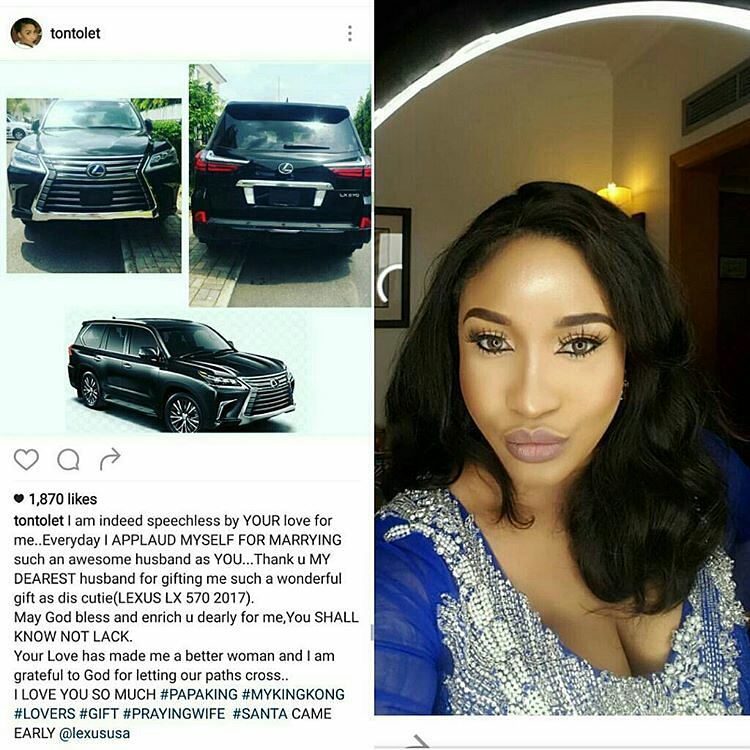 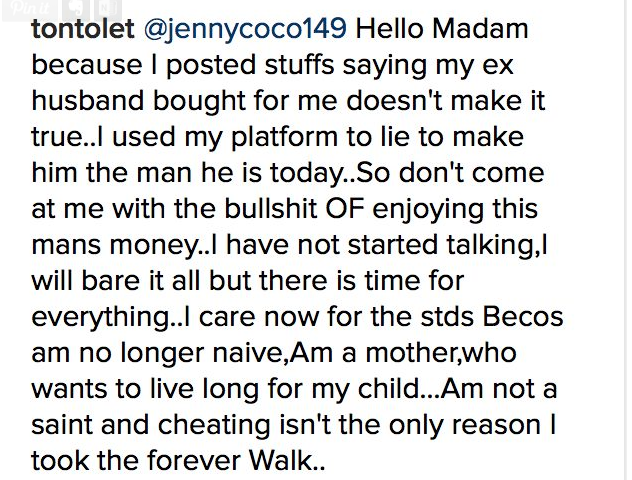 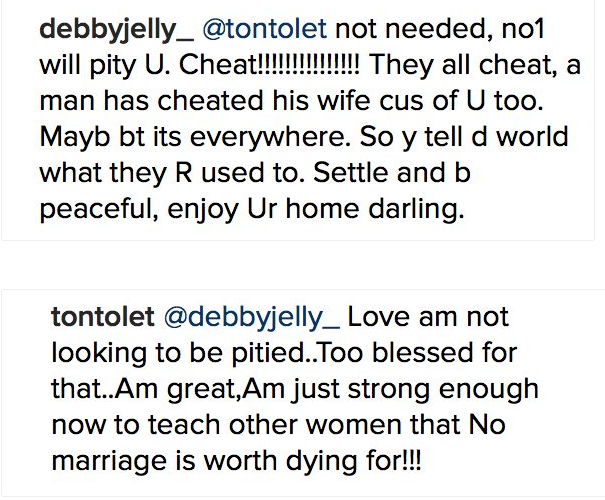