Laurel Hubbard, the transgender, who made history at the Olympic, has failed to record a successful lift in the women’s +87kg weightlifting. 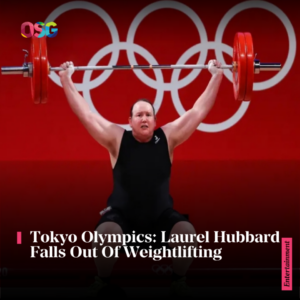 She became the first openly transgender athlete to compete in a different gender category to the one in which they were born.

She also said “But one of the things for which I am profoundly grateful is that the supporters in New Zealand have given me so much and have been beyond astonishing”.

As a junior, Hubbard, was the national record holder and was lifting a total of 300kg in domestic men’s competitions before quitting in 2001 at the age of 23.

She came out as a transgender woman in 2012 at the age of 33 before resuming her sports career.

Since returning to competition, she has won seven international tournament gold medals.

After suffering an elbow injury when leading the 2018 Commonwealth Games, she thought her career was over but battled back and won Pacific Games gold in 2019 and finished sixth at the Worlds.

Now 43, Hubbard is the third oldest lifter in Olympic history.

In 2004, the International Olympic Committee, permitted transgender athletes to take part in the Olympics.

However, her selection sparked debate and criticisms.

US Comedian Kathy Griffin Reveals She Has ...