NIGERIAN FOOTBALLER, AHMED MUSA GIVES OUT BAGS OF RICE IN THE SPIRIT OF RAMADAN

Nigerian professional footballer, Ahmed Musa who plays as a forward for Russian club CSKA Moscow, has been giving out bags of rice in Kano in the spirit of Ramadan.

Musa is the first Nigerian to score more than once in a FIFA World Cup match after scoring twice against Argentina in the 2014 FIFA World Cup.

Musa shared a picture of the bags of rice with “not for sale” boldly written on it on social media. He has been receiving lots of accolades for this. 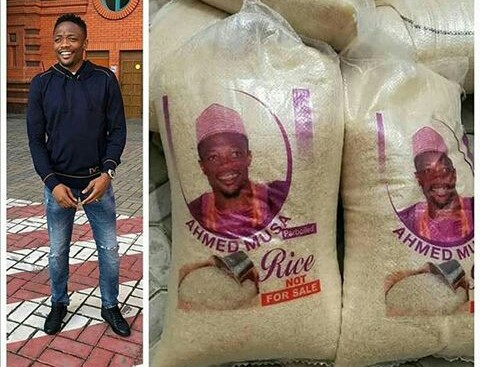 The philanthropist lives in Countesthorpe with his wife Jamila.

“I’M BEING ASKED TO JOIN POLITICS BY ...