A British DJ has been sentenced to a year in jail after he placed a dance remix of the Muslim call to prayer at a nightclub in Tunisia. 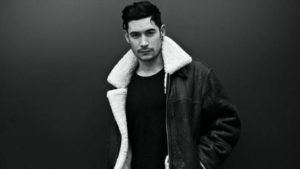 London-born DJ Dax J was charged with public indecency and offending public morality by a Tunisian court, but had already fled the country before the court case.

After footage emerged of the event over the weekend – which was held in Nabeul as part of Orbit Festival – outrage was sparked on social media and the nightclub was shut down, the BBC reports.

The footage showed clubbers dancing to music played by two DJs, including a dance version of the call to prayer, the religious act performed by Muslims five times a day.

When the club was shut down, the governor of Nabeul, Mnaouar Ouertani said: ‘We will not allow attacks against religious feelings and the sacred.”

A court spokesperson told AFP news agency that the court had dismissed charges against the nightclub owner and an event organiser.

However the prosecution has appealed and said that the two should have checked what Dax J was planning to play.

The DJ has offered his “sincere apologies to anyone who may have been offended by music that I played at Orbit Festival in Tunisia on Friday”.

“It was never my intention to upset or cause offence to anybody,” he said.
Organisers of Orbit Festival apologised earlier in the week on the event Facebook page, but said they did not accept responsibility for the playing of any offensive music.