Popular ex big brother Naija housemate, Tobi Bakre has explained in a recent interview, why he may not date his popular partner Alex. Tobi and Alex , popularly referred to as Tolex were strategic partners in the big brother house. The duo are known to share a very close relationship and fans have almost concluded that both are dating even outside the house. 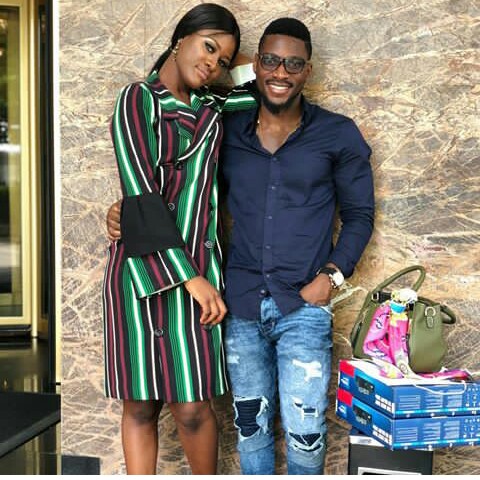 However, Tobi who once publicly declared that he us attracted to Alex and wouldn’t mind having a relationship with her as recently explained why they may not date yet.

Read excerpts from the interview:

On if why he moved quickly from Cee-C to Alex.
“I did not move on to Alex neither was it a fast move. Within the first three weeks Cee-C and I had a very good relationship but for another six weeks we began to have issues. However, Alex and I had always been casual friends from the onset. When Leo left, we decided to talk a lot more and in the house, typically, you always had that one person you always confided in and both of us happened to be each other’s confidant. So, we got closer and got to understand each other better. It was a case if us getting to know each other better and it was a gradual process. It was not until the last two weeks to the end of the show that we became very close and a week to the end of the show we realised that we shared some feelings for each other. It did not happen instantly. It was a very gradual process. Three months is a long time for a lot of things to happen”.

What is your relationship status with Alex?

Tobi- “The truth is that we like each other but the Big Brother has presented us with a very big opportunity but this is not the best time for anybody to be in a relationship. Personally, I advised her that this is not the time to be in a relationship; it is a time to focus on your goals and everything you want to achieve in life. I told her that I like her and I am sure she likes me as well but we should maintain a cordial relationship at the moment and keep our friendship going as we achieve things both collectively and individually. When we get to a stage in our friendship where we feel that we have done well and we have grown together, then maybe we could be together”.