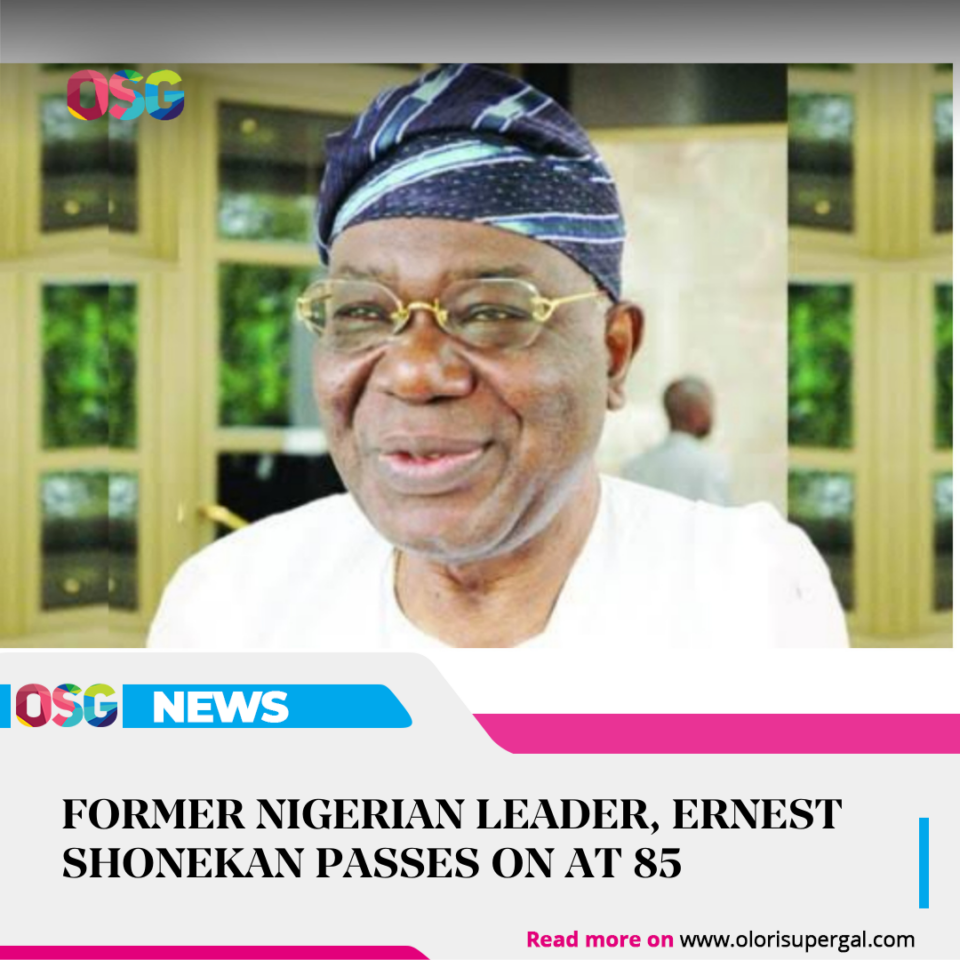 Chief Ernest Shonekan, the former head of the Interim National Government that succeeded the military junta of General Ibrahim Babangida, has passed on.

According to reports, Shonekan died in a hospital in Lagos today, 11th January 2022 at the age of 85.

He was the Chairman of the interim National Government between August 26 and November 17 1993 when he was ousted in a palace coup led by late General Sani Abacha who was Secretary of Defence.

He was born on the 9th of May 1936 in Lagos but hails from Ogun State in Abeokuta. He was one of six children born into the family. He attended the CMS Grammar School and Igbobi college. He received a law degree from the University of London and was called to the bar. He later attended Harvard Business School.