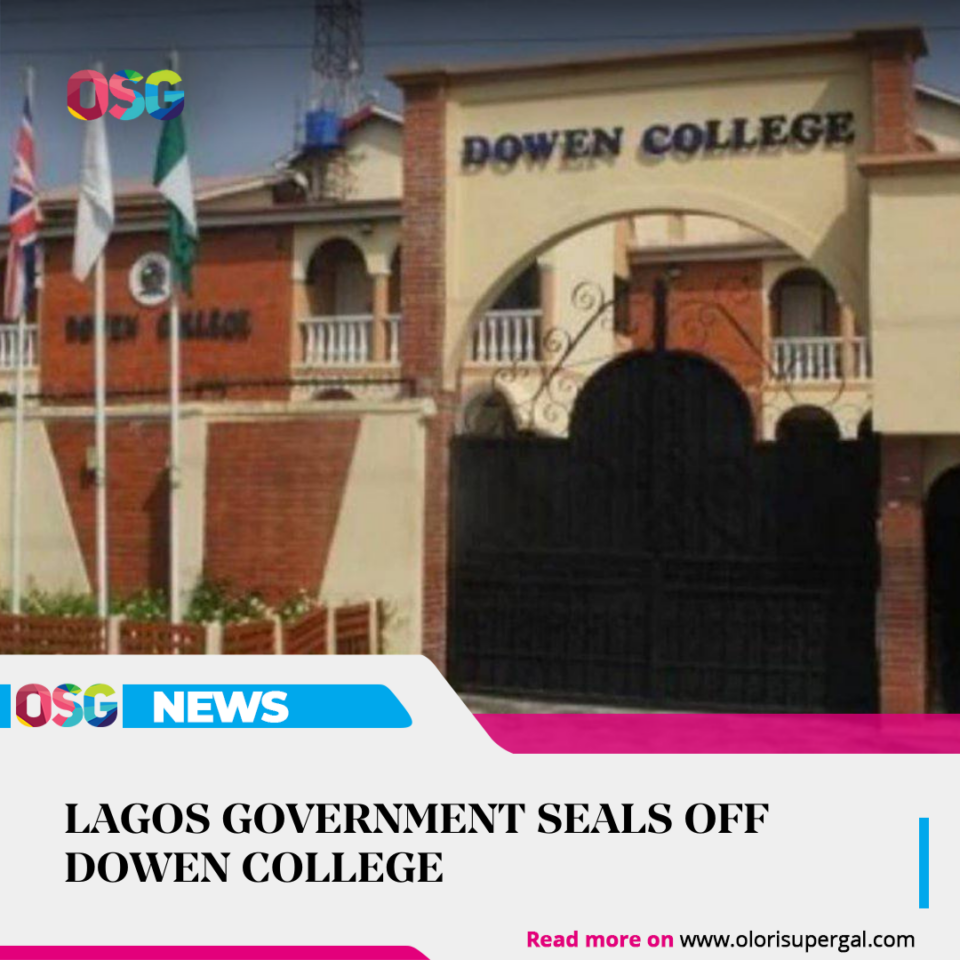 The Lagos State Government has sealed off Dowen College in the Lekki area of the state over the death of 12-year-old Sylvester Oromoni.

According to reports, the school was sealed off on Sunday by officials of the state government.

Sylvester Oromoni Snr, the father of the deceased boarding student alleged that the Junior Secondary School 2 pupil died from the injuries he sustained during an assault by colleagues who wanted to initiate him into cultism however, the school in its first press statement claimed he died after sustaining an injury during a football match.

The father of the deceased student had fingered five boys whom he said were allegedly involved in the bullying of his son.

The father had also said the teachers, security men, and other officials of the school must explain the death of his son, whose 12th birthday was yesterday, 4th December 2021.

The federal and state government have swang into action following the national outrage the case has attracted since Oromoni’s death on 30th November 2021,

On Friday, 3rd December, the Lagos State Government ordered the indefinite closure of the school, pending the outcome of an investigation into the death of Sylvester.

The Lagos State Police Commissioner, Hakeem Odumosu, on Saturday, 4th December also ordered the Homicide Section of the State Criminal Investigation Department, Panti, to take over the investigation of the case immediately.

Sylvester’s death is one of the disheartening deaths resulting from bullying and molestations in boarding secondary schools.

Karen-Happuch Akpagher of Premiere Academy, Lugbe, Abuja, had died of sexual molestation in June 2021 while Don Davies of Deeper Life High School, Uyo, had also narrowly escaped death in December 2020, after his mother raised the alarm of alleged sodomy of her son.