Twenty-Four Years After, Fela Lives On

Twenty-Four Years After, Fela Lives On 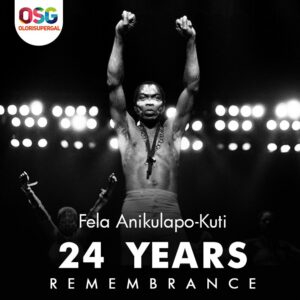 Fela, is regarded as the pioneer of Afrobeat, an African music genre that combines traditional Yoruba with funk and jazz.

Abami Eda (strange creature), as he is sometimes referred to, was known to always direct his satirical music towards bad governance.

Until his death, he was highly engaged in political activism in Africa.

Fela, was married to his wife, Remilekun with whom he had three children.
However, he made history after he married all of his twenty-seven female band members, on the same day.