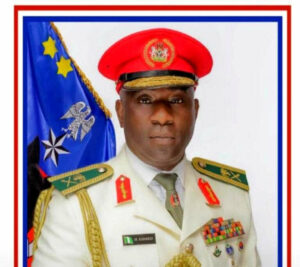 He was said to have been attacked by gunmen while transisting along Lokoja to Abuja Yesterday 15 July 2021.

The bereaved family has been visited by a delegate from the Army Headquarters which was led by The Chief of Policy and Plans, Major General Anthony Omozoje.

The Members of the Nigeria Officers’ Wives Association (NAOWA) led by the Deputy National President, Mrs Stella Omozojehave was also said to have visited the family.

He would be buried today, Friday 16 July at Lungi Barracks .

May His soul rest in peace.