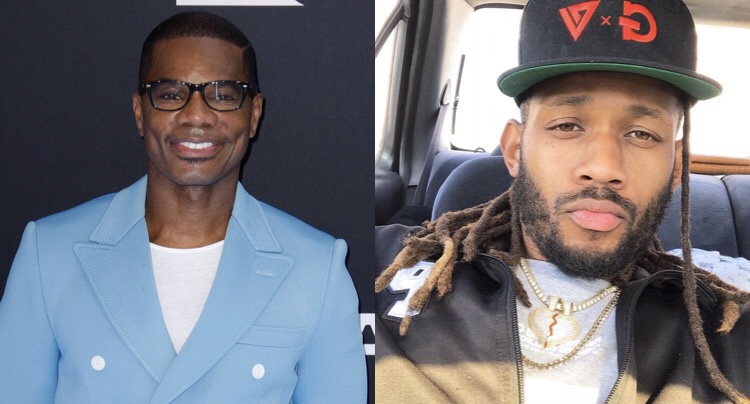 Krik Franklin has apologized after his son posted a recording of a heated exchange between the pair to Instagram in which the Grammy Award-winning gospel artist cursed at the younger Kerrion Franklin.

In the video, Franklin can be heard telling his son that he would “put my foot in your ass,” and that he would “break his neck” if he ever disrespected him. When Kerrion responded that he didn’t disrespect him, the call ended.

A few hours later, Franklin posted an apology to Twitter.

Franklin explained that his relationship with Kerrion has been rocky for years and said that he’s tried to work through their issues with counseling and therapy. “Many of you know I have an older son named Kerrion Franklin. In May, he’ll be 33. For many years, we’ve had a toxic relationship with him as a family,” he said. “We tried for many years through counseling, through therapy, to try and rectify this private family matter.”

“Recently, my son and I had an argument that he chose to record. I felt extremely disrespected in that conversation and I lost my temper. I said words that were not appropriate and I am sincerely sorry to all of you. I sincerely apologize,” Franklin continued.

The choir director claimed that his son did not play the entirety of the conversation and that the family therapist later joined their call to help alleviate the tense moment. “I want you to know as a father that during that conversation,
I called the family therapist and got that therapist on the phone to try and help. He never played that part of the recording. I’m not perfect. I’m human and I’m going to make mistakes and I’m trying to get it right. Please keep me and my family in your prayers.”