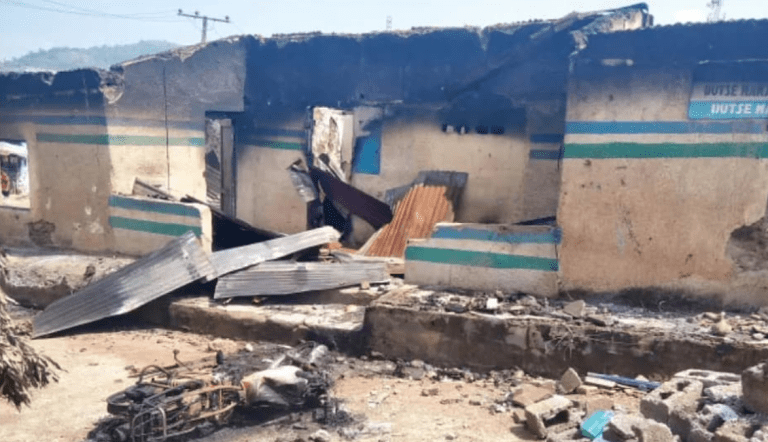 Two policemen have died, after a police station in Abuja State was set on fire.

According to regards, the police station was set on fire after it was invaded by a group of gunmen in Aba, Abia State.

The incident reportedly occurred on the morning of Tuesday, February 23 and reports revealed that these gunmen broke into a store where arms were kept and carted them away after killing an Assistant Superintendent of Police (ASP) and a Police Corporal.

The report, according to the Daily Trust stated that the Police have restricted movements around the burnt station, compounding the traffic woes of residents of the estate.