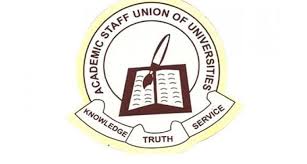 The Academic Staff Union of Universities, ASUU,has finally suspended its strike. The union announced the suspension of the 9-month old industrial action at a press conference held Wednesday morning in Abuja.

ASUU has been on strike since March this year and this also comes after several meetings and calls by the government to end the strike proved futile.

The decision to suspend the action, according to Ogunyemi, followed the resolution to that effect by NEC at its meeting held earlier.