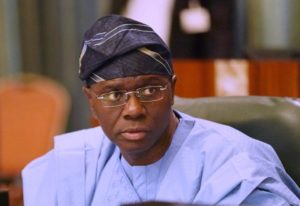 Babajide Sanwo-Olu has said that, soldiers that attacked the peaceful Endsars protestors at Lekki will be held accountable.

With an eyewitness report, peaceful protestors were fired with live ammunition by the Nigerian Army, which in the end killed 7 people on 20.10.20 at Lekki-Epe toll gate in Lagos.

Though the Lagos government admitted that just two (2) people were killed that night, eyewitness report has it that 7 people in total died at the feet of the soldiers.

In an interview, he said, the Lagos government has not control over the army but a Judicial panel lead by retired Justice Doris Okuwobi has been set up to investigate thoroughly and make sure perpetrators are brought to book.

“We’ll do everything to ensure they’re held accountable.

“The report will be out and we’ll channel it to all the relevant authorities to ensure that everyone found culpable is accountable for the act,” he said.

Despite numerous videos online showing soldiers on the scene, the Nigerian Army has relentlessly denied involvement in the shooting, and refused to offer up additional information.

However, Sanwo-Olu confirmed has admitted that the video showed military officers at the toll gate.

Desmond Elliot Reacts After He Was Dragged ...

Lekki Shooting: ‘We Have Records Of Two ...