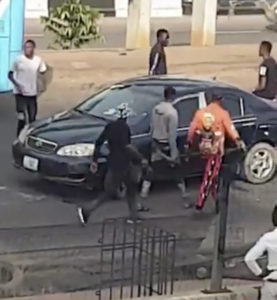 Some people have hired the services of thugs to beat the peaceful protestors on the street.

From the video going viral Lagos bus is dropping of many thugs to Alausa protest grounds to beat up protestant.