Conchata Ferrell: Two And A Half Men Actress Dies Aged 77 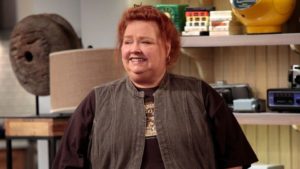 Actress Conchata Ferrell, who starred in the US sitcom Two And A Half Men, has died at the age of 77.

Ferrell played housekeeper Berta throughout the show’s 12-year run, appearing alongside the likes of Charlie Sheen and later Ashton Kutcher.

She died on Monday in California after complications from a cardiac arrest.

Charlie Sheen paid tribute, describing the late star as “an absolute sweetheart, a consummate pro, a genuine friend [and] a shocking and painful loss”.

He wrote: “Berta, your housekeeping was a tad suspect, your ‘people’ keeping was perfect.” 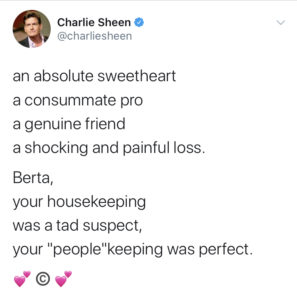 #EndSARS: The Journey Of Nigerian Wanting Their ...