The Lagos State Government has agreed to pay its workers in state-owned tertiary institutions, such as the Lagos State University (LASU), the Lagos State Polytechnic (LASPOTECH), Adeniran Ogunsanya College of Education (ACOED) and others the new minimum wage, starting from next month. 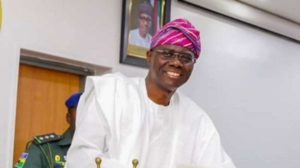 This was announced in a statement signed by the Special Adviser on Education to the Governor, Mr. Tokunbo Wahab after a special meeting was held with leaders of the staff unions in the institutions.

The Special Adviser also reiterated that the agreement to pay the new minimum wage was in line with the Governor’s commitment to education and workers’ welfare.