Harry and Meghan Sign A Multi-Year Deal With Netflix

Prince Harry and Meghan, who have now resettled in California, have signed a multi-year deal with Netflix, six months after ceasing to be working members of the British Royal Family. 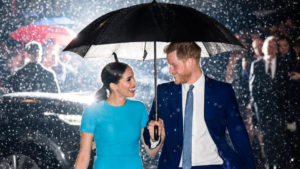 The couple said in a statement, “Our lives, both independent of each other and as a couple, have allowed us to understand the power of the human spirit, of courage, resilience and the need for connection.

“Through our work with diverse communities and their environments, to shining a light on people and causes around the world, our focus will be on creating content that informs but also gives hope. As new parents, making inspirational family programming is also important to us, as is powerful storytelling through a truthful and relatable lens.”

The Duke and Duchess of Sussex have founded a production company, where they would be paid by Netflix to make documentaries, docu-series, feature films, scripted shows and children’s programming.